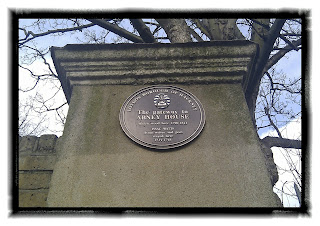 So I've recently joined a gym (I know, I'm crazy) and walking home from my induction last Saturday, 10th February 2012, I walked past Abney Park Cemetery. I've know about it for years but as usual, I'd never been in to take a look. Typical with things on you own doorstep eh? 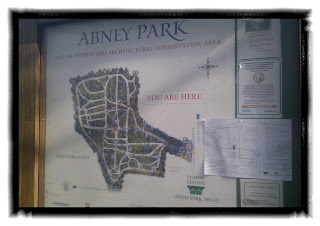 It was so much bigger than I imagined and I've never seen so many gravestones all in one place. 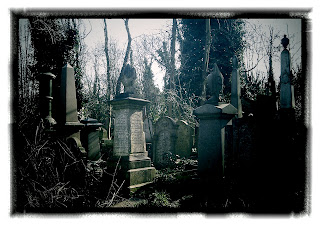 I felt like I'd gone around in circles and then I saw this peeking at me through the trees... 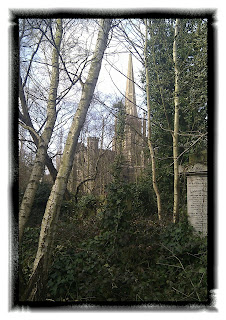 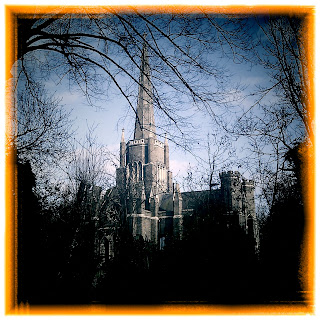 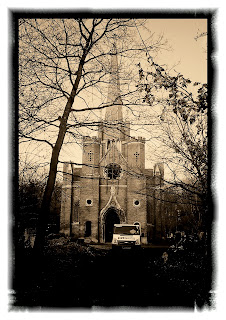 The church is now derelict, but there was a film crew there on the day I visited. I spoke to one of the crew members who told me it was a film for Channel 4 and was sponsored by Bafta. Pretty cool. Apparetly, no one famous was there - I made sure that was the first thing I asked! Stupidly I forgot to ask what it was called. Well, I had just been tortured in the gym! 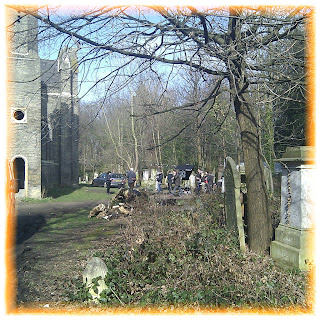 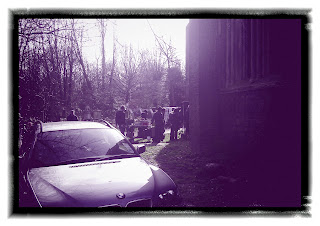 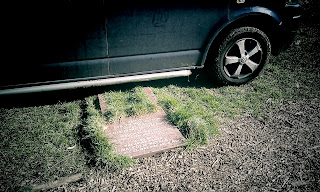 Charming of the van driver to park up over a gravestone! Although they are everywhere...

There was a memorial opposite the church that commemorated all of the first and second world war veterans that were buried within the cemetery. All their names were listed. 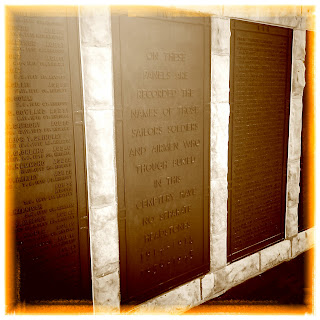 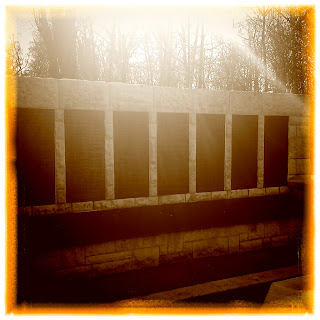 Considering what it is, I loved the cemetery. I wondered about for an hour (could have stayed there a lot longer but I had to get home to go out) and it was so peaceful. I will be making much more use of it from now on. When I need some time for reflection, I'll go back there and sit on one of the benches and think or just forget about everything. Couldn't think of anywhere better right now to be honest. 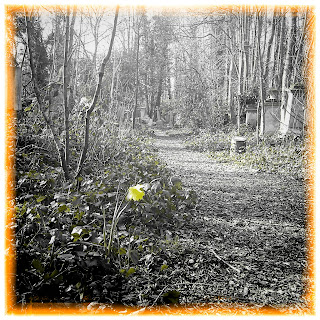 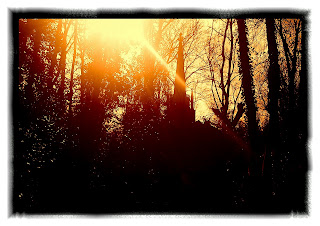 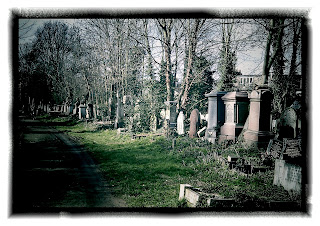 If you get the chance, go and have a wonder about. You could be there for hours though I warn you! The cemetery is based in the heart of Stoke Newington and you can access it from either Stoke Newington Church Street or Stoke Newington High Street and their website is http://www.abney-park.org.uk.
Posted by Unknown at Monday, March 12, 2012