(Not in the book) 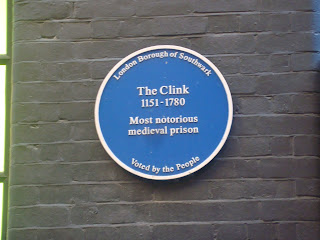 This is the first one of my blog entries that isn't from my 1000 things book. There is so much to do in London that isn't in my book, I wanna share them with you too.

For ages and ages and aaaaaaaaaaaaaaaaages @paktographer and I have wanted to visit The Clink Prison museum. So, after my day of doing things in SE1 on 25th February 2012, @paktographer came and met me (albeit a good 20mins late) and we finally went into the museum. 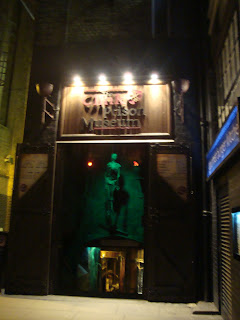 The basics are this - this museum is on the site of the old Clink Prison. I know, amazing eh? Wonder where the museum got the idea for the name? The site is probably the oldest recorded prison in England, dating back to approx 1144.

I was really excited to go into this museum as I am a massive fan of gore. Historical gore. And torture. Historical gore and torture. But I'm not gonna lie, was quite let down. It is a lot smaller than I thought - just over 3 rooms really - and for the £7 it cost to get in, I was disappointed.

Having said that, it has got a number of artefacts...
...and also quite a bit of information about the types of punishments used for "crimes" of the time, along with some examples of people who suffered them.

There is also a few things that you can have a play around with to - so it helps to have a sense of humour. Luckily both @paktographer and I certainly have that.
All in all, it took us about 45 mins to do. It could have been a lot quicker, but I'm one of those annoying people that like to read everything. One thing that did capture me was a graveyard not that far away from the museum called Cross Bones Graveyard. This was basically started as an open grave for "ladies of the night" from the olden days. It then became an open grave for the poor who couldn't afford to be buried.

So once we left, I made @paktographer come with me to find this graveyard as it was apparently still there. 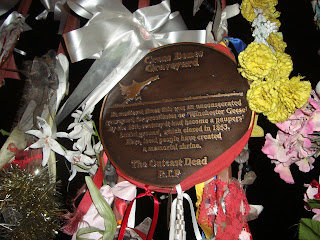 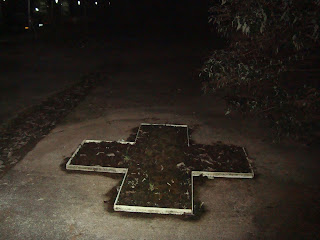 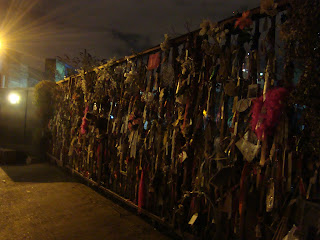 I was very happy that I found this, and next time I'm in the area I shall be visiting it again to have a look in the daytime, and probably will leave some flowers too. It's here by the way... 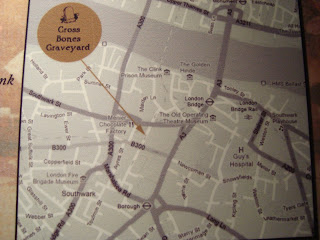 This area was almost lost with all the railworks going on in the London Bridge area, but thankfully a group of local people worked hard and have made it a memorial now. Have a look at their website for more information, you can find it here.

And now back to the Clink Prison museum. Would I recommend it? Yeah I would, although I do think £7 is too much for too little. But I do understand and appreciate that they are a business and need money to continue to share this history with us. And it is interesting and we did have a good time (and I got to find out about the Cross Bones Graveyard). I just think they could do more with it.

The museum is located at 1 Clink Street, London SE1 9DG and is a 5-10 minute walk from London Bridge station. Their website is here, they are on Twitter @theclinkprison and on Facebook too The-Clink-Prison-Museum.
Posted by Unknown at Saturday, March 10, 2012