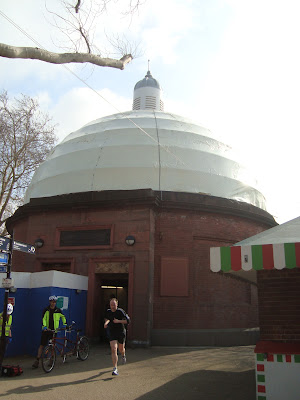 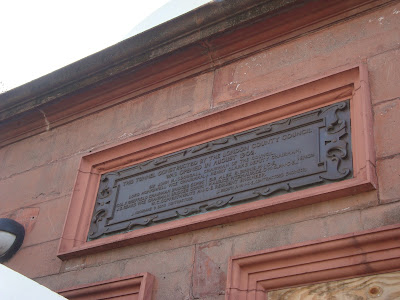 After I'd finished looking around @mudchute city farm (my blog post on this is here), I walked the 5 minute walk to Island Gardens to take the foot tunnel to Greenwich.

This is the view looking south towards Greenwich: 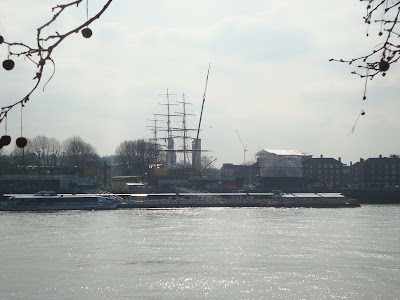 The inside of the tunnel looks much as you would imagine, and although it says no cycling, there were a lot of people cycling and very nearly running me over. There ain't that much room people! 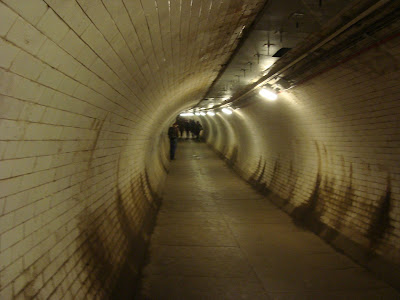 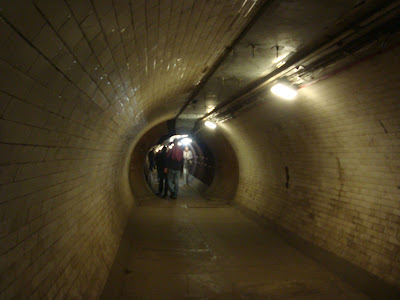 But then when you come out on the south side, you are greeted with this beauty; 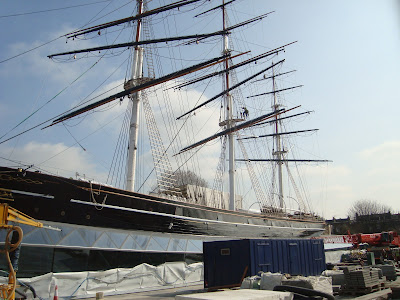 The magnificent boat that is the Cutty Sark. So very glad she is being restored to her beauty again.

I did have a wonder around the market and the once I was finished I had a walk back through the tunnel back to the north (and right side) of the river.

And this is the view looking north towards Canary Wharf: 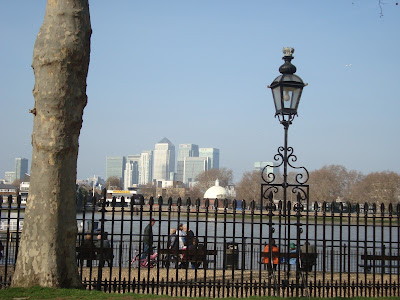 I've used the tunnel before, but not for years and years. And I'm not gonna lie, it's really not much. It has a lot of stairs to get down, smells of wee, quite dark and then you have a lot of stairs to get up again on the other side. Ok, so there is a lift too (although not at the moment as they are doing some sort of refurbishment works as you can see from my pics), but for me this was the day after the gym and my thighs were in real pain. Walking up and down stairs was not fun!

Having said that, there is something quite special about walking under the Thames rather than going over it. The tunnel was built in 1902 for workers south of the river to be able to go north to work on the docks on the Isle of Dogs. There is also a foot tunnel in Woolwich which I think I'll also have to try at some point. And for anyone who lives in the east of the city knows - regardless of if you live on the north or the south side - we need all the crossings we can get. But let's not get me started on the lack of river crossings from Tower Bridge onwards towards the east... we would end up being here for some time!
Posted by Unknown at Sunday, March 18, 2012