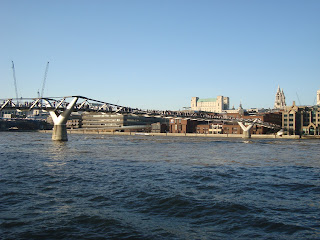 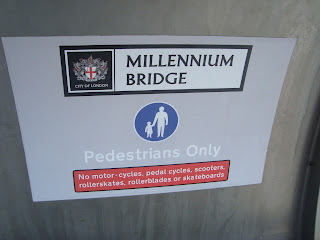 After I'd walked around Southward Cathedral on 25th February 2012, I had some time to spare until I met @paktographer, so I went to the Millennium Bridge. I have walked along the South Bank many times, and under the bridge on the south side, but I have never walked across it.

So I did. South to North and then back again.
I'd never actually realised where the Bridge starts/ends on the North side - right opposite St Paul's. What a beautiful sight! 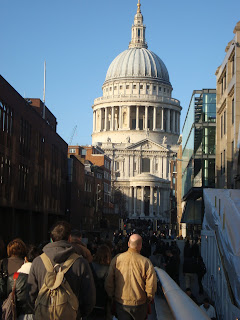 Thankfully the bridge isn't that wobbly, and I did enjoy just taking in all of the scenery that is the Thames. From Canary Wharf in the East, to the Houses of Parliment and the London Eye in the West. And it was blue skies and the sun was shining... making London look even more beautiful. 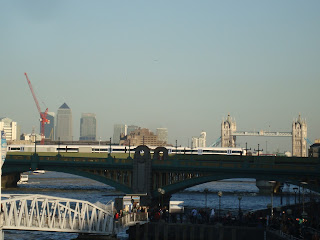 The picture above is looking East, and it's just occurred to me that I didn't take any pictures from the other side... pants. I'll have to go and do that at some point.

There are 9 other bridges mentioned under #566 in my book, and I will of course try and do the rest too and update this as and when I've done them.
Posted by Unknown at Saturday, March 10, 2012