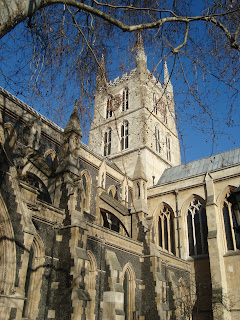 After I'd been to the Old Operating Theatre last Saturday, I wandered back towards borough market and visited Southwark Cathedral. Although I'd been past the Cathedral what feels like 100's of times, I've never actually been inside.

And what a beautiful Cathedral I'd been missing out on! First port of call, was to go and buy a permit so I could take photos. Considering it is free to look around, I didn't begrudge paying £2 for it.

I am a massive fan of architecture, and churches/cathedrals are some of my all time favourite buildings. They always amaze me how they were built all those 100's of years ago, without all the building equipment we have in this day and age. 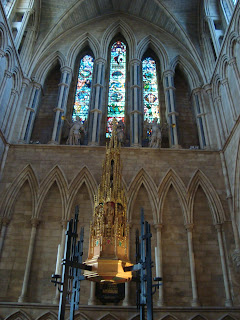 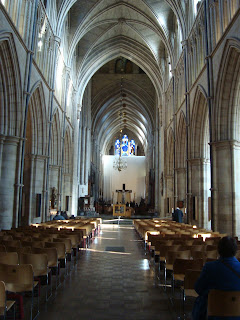 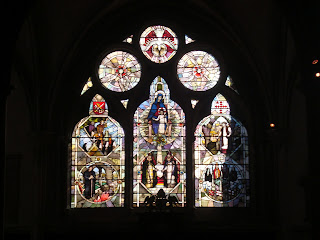 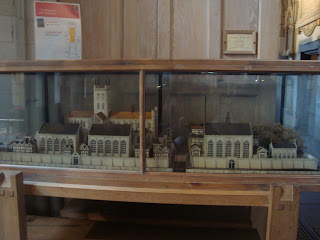 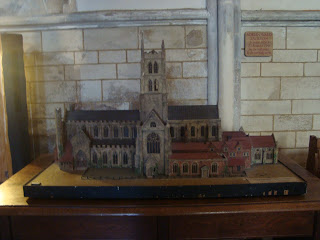 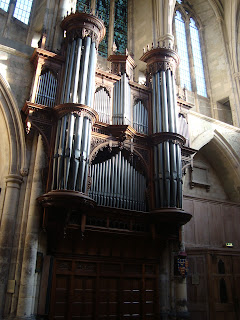 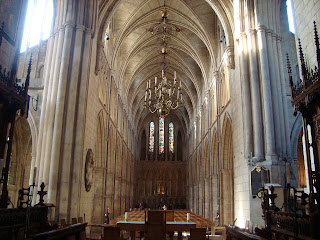 At the bottom of the Cathedral, there is a special sculpture of Jesus on display for Lent. It is called "Die Harder" by an artist called David Mach. I'll be honest, it really did give me the heebie jeebies. Take a look for yourself... 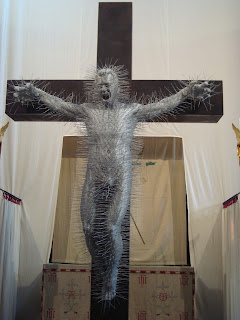 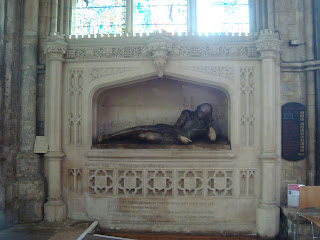 This is only a memorial to him, as he moved back to Stratford-upon-Avon and that is where he died and is buried. It is said that his brother is buried within the Cathedral though.

When I was walking to the exit, I noticed on the floor by the main entrance there is a memorial to remember those who died in the Marchioness boat in 1989. Sadly although I was only 7 at the time, I remember that horrific night very well. Is nice to know that this is here, as I had no idea that it was. 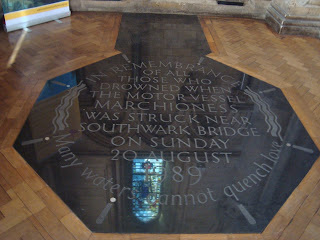 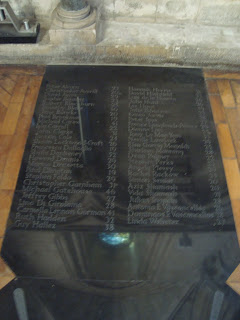 Finally, as I was almost at the exit, something caught my eye - some exposed brickwork by the newly added section of the Cathedral. When the started to dig the foundations of the Cathedral to build the new Millennium Buildings, they came across some amazing archaeology including a Roman Road from the 1st century, a stone coffin from circa 13th century, an 18th century kiln and lots of smaller artifacts. Made the archaeological geek in me very excited! 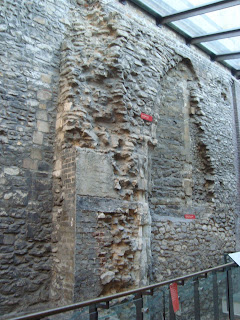 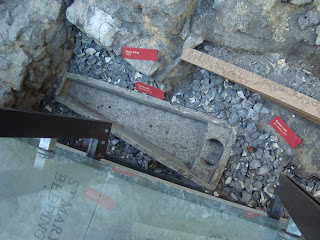 All in all, I spent quite a nice hour having a wonder around the Cathedral, and regardless of your religious preferences, if you are a fan of architecture this is a must visit. The Cathedral is located in the heart of London Bridge - you certainly couldn't miss it - and this is their website http://cathedral.southwark.anglican.org/.
Posted by Unknown at Sunday, March 04, 2012