So I'd completely forgotten that when I visited @boroughmarket at the end of February (have a look at my blog post here) I also did another one of the 1000 things - visiting where Bridget Jones's flat was based in the hit film Bridget Jones's Diary. 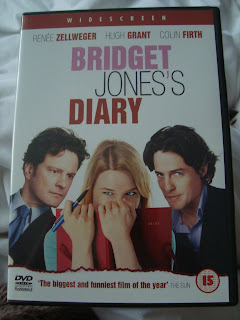 This original film was released in 2001, and @boroughmarket has changed quite a bit with all the Overground railway works going on.

Her flat in the film is above the Globe pub, in Borough Market. 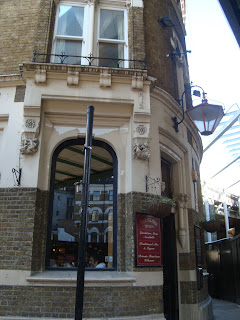 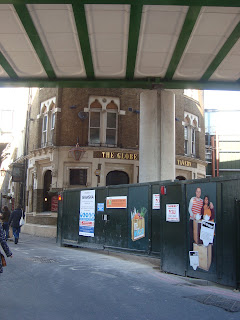 The pub isn't shown that much in the film, but the front door to her flat is; 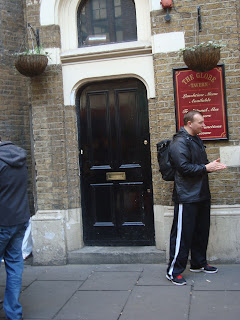 Below are a couple of clips where the door is in the film - apologies for the shaking, I'm recording it from my TV! Oh, and warning, there's some swearing in it too, so if you are easily offended, don't watch!

The bottom two clips are probably my favourite of the whole film. The middle one is the fight scene between Colin Firth and Hugh Grant and probably one of the best (and most civilised!) fights in a film ever. I could have done the whole scene, but the pub is only really in the beginning bit so I'm afraid that's all you're getting! The last clip is also brilliant, my fav bit being when Renee Zellweger and Colin Firth are about to kiss. If I was one of the friends, I so would have done similar!!

If you wanna have a look at the pub (or even pop in for a beverage) it's in @boroughmarket and located at 8 Beadale Street, London SE1 9AL.
Posted by Unknown at Sunday, April 29, 2012