So on Sunday 13th May 2012, I awoke to this large amount of blue stuff in the sky accompanied by this yellow thing. As it'd been so long since I'd seen either of these things (remember all the rain we'd had?), I decided to take myself off to Hackney City Farm. 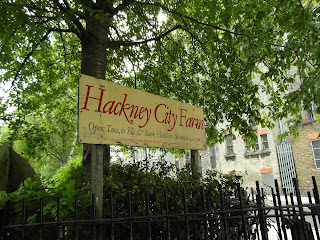 I started off by having a delicious fried breakfast at their cafe run by @Frizzanteltd (who also run the cafes at @surreydocksfarm and @mudchute). 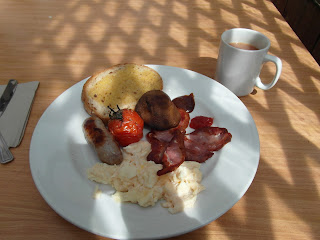 Once I'd polished that off and washed it down with a cuppa, I went off to have a look around the farm. On the way to the main farm area I saw this board saying there would be sheep shearing at 12pm. It was only just gone 11am, so it gave me an hour to have a look at all the animals. 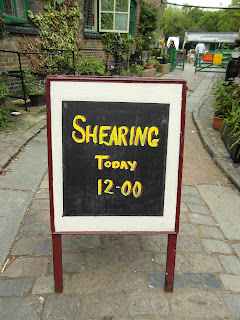 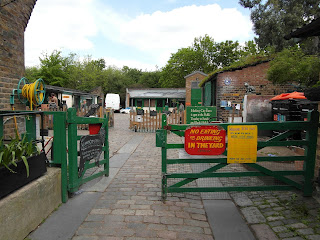 Within the courtyard area there were: 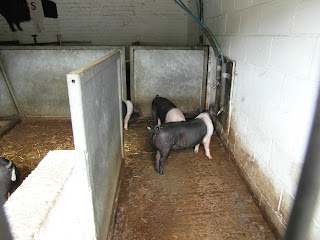 And there was a more open area behind the courtyard which had; 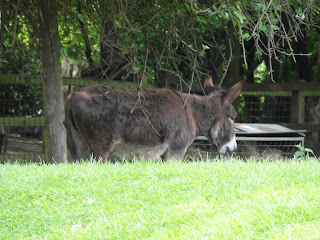 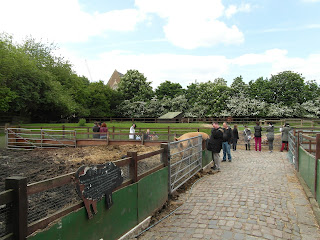 By the time I had walked around, it was about 11.50am, so I went to get a prime seat to watch the sheep shearing. 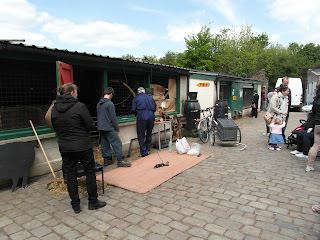 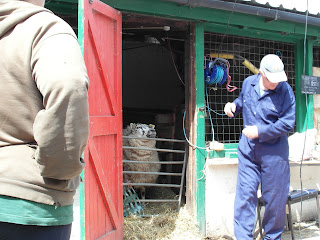 Everyone say hello to Dolly... that wasn't her name but Dolly is the only name I know for a sheep! She was the one about to get naked for us all. And below is the shearer (right word?!?! Eek!) used to get her naked... 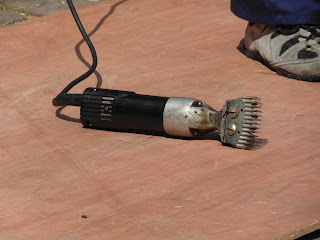 So here are a few pics (and a video clip) of Dolly getting done; 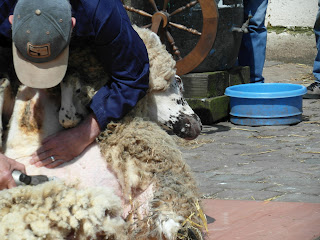 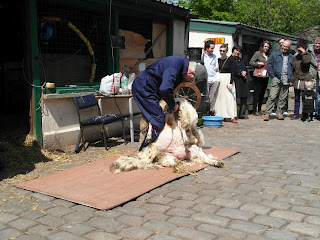 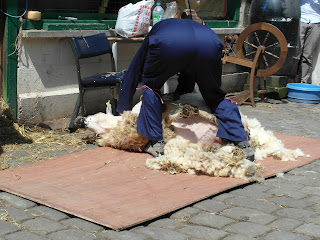 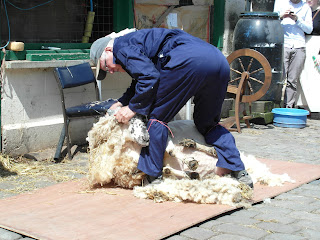 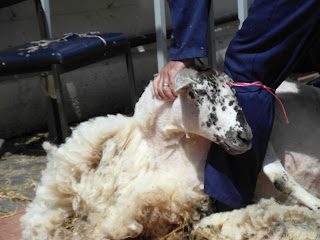 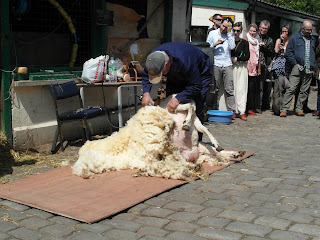 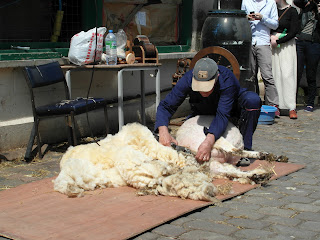 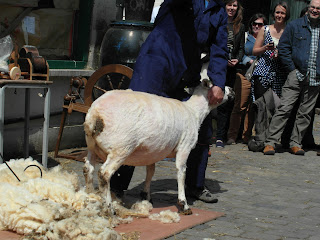 And that was it, a naked Dolly! She was very well behaved - we were advised that she might have wee'd or pooped herself as she would have been scared. But she didn't thankfully! 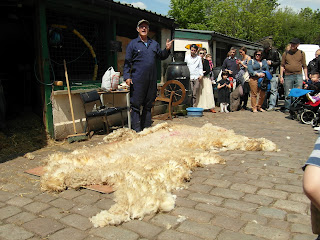 This is all the wool taken from Dolly... there was loads of it!

Once she was put back in the pen (is pen the right word for where sheep are? I have no idea... but you know what I mean) the shearer went on to do a demonstration about what happens to the wool afterwards. 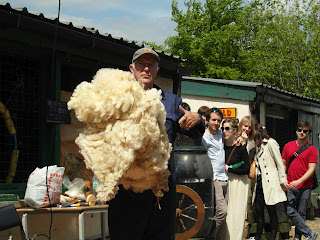 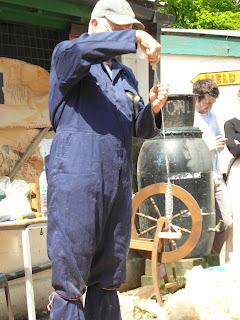 The main demonstration was using a spinning wheel.


It was amazing to see such a small amount of wool made into such a long piece.


Overall the demonstration was very interesting - something I had never seen before - and to see it in the middle of such a busy city is so very cool!!!

I'd noticed that they also had a garden within the farm, so before I went home I went to have a look around. It was a very tranquil garden and they grew lots of veg and herbs which are either used in the @Frizzanteltd cafe or sold in the shop. 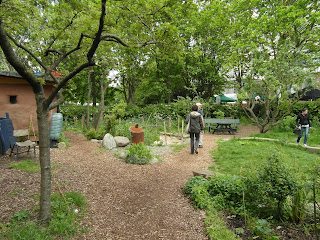 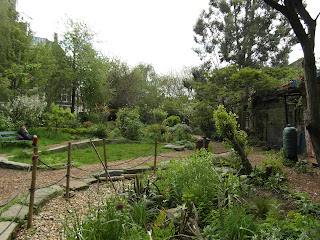 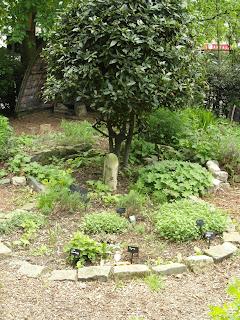 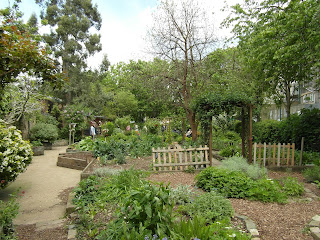 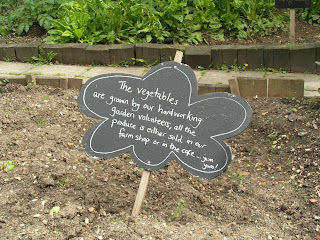 So that was my little visit to @hackneycityfarm. It seems a lot smaller than the other farms I've visited, but I kinda found that endearing. I'm also probably a little bit biased as it's in my little borough of Hackney. And I do love my little borough.

You can get to @hackneycityfarm's website here, they are based at 1a Goldsmiths Row, Hackney, London E2 8QA. There are loads of buses that go near, and train wise they are shortish walks from Cambridge Heath and Hoxton rail stations.

Lastly, a massive thanks to @tsedge for providing one of the photo's in this blog. As I do most things on my own, there isn't really much proof that I'm actually there. But thanks to a pic that @tsedge took and posted on @twitter, I have proof! Although you can't actually see my face as I'm taking a pic with my camera. Hey, beggars can't be choosers!!!