Here's a little overview of the year I've had...

I was lucky enough to see a lot of live music in 2012... including Snow Patrol, Noel Gallagher and his High Flying Birds, Steps (twice), Example, Blink 182, Rizzle Kicks (twice), Mastodon, Kylesa, The Pelican, Thrice, Hundred Reasons, Knievel Genius, Mindless Self Indulgence, Sparks (twice), Madness and Prodigy. But my favorite gigs of 2012 were Coldplay at the Emirates Stadium, The Temper Trap at Somerset House (saw them again at Hammersmith Apollo too), Florence and the Machine, The Radio 1 Big Weekend in Hackney - inc. Professor Green, Plan B, Tinie Tempah, Chase & Status and Sub Focus. However, the best gig of the year for me was Mumford and Sons at the O2. They were amazing and thinking of that gig now still makes me all fuzzy and warm inside... :)

So, quite obvious what I'm going to be talking about here... Olympics and Paralympics!! The summer of 2012 was truly magnificent with all the sporting events going on, we really did put on the best show in the world, and I was so happy to be part of it!

Olympic wise I got to see the Olympic Torch come in to Waltham Forest, had a day pass to the Olympic Park where I got to walk about and watch the events on the big screen and see two Basketball matches.

But I was thrilled to be able to see much more of the Paralympics - Goalball, Wheelchair Basketball, Sitting Volleyball (where I got to meet the incredibly inspirational Martine Wright), 3 lots of Athletics, Road Cycling, Fencing, Table Tennis, Boccia and the Wheelchair Marathon.


Once that was all over I went to watch the parade of Team GB and ParalympicGB, not everyone won medals, but I was so proud of each and every person. 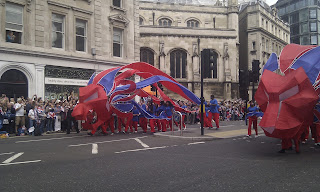 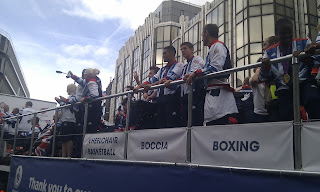 I have been to various Dagenham and Redbridge matches (home and away), and also the Semi Finals of the PDC Darts too sporting wise, but the Olympic and Paralyimic experiences I had were truly the best.

Saw quite a few shows this year, The Snowman ballet, Matthew Bournes ballet The Nutcracker, a final run through of BBC comedy Citizen Khan, an outdoor adaption of Prometheus Awakes, John Bishop and I finally got to see the totally awesome Frisky & Mannish not once, but twice!!

So I start 2013 very much as single as I started 2012. I did kinda see someone for a little while, and although that didn't work out, it has shown me that there are actually people out there mad enough to like me and spoil me a little with drinks and dinners. Even if I do end up having a whole glass of red wine spilt all down me! So let's see what 2013 brings in the whole love and romance department...

2012 saw my family lose Robert 'Bob' Stiff, my sister's Father in Law. He had been battling with the dreaded big C for a couple of years, and he was finally released from it in September. A lovely man I was very sad to see leave us, but he is now in a much happier pain free place. 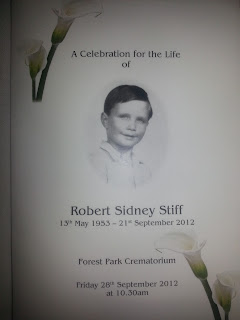 The speedway world also lost Lee Richardson in May. My favorite rider since I was a 13 year old, and a massive shock and loss to all those that knew him, especially his 3 young boys and wife. 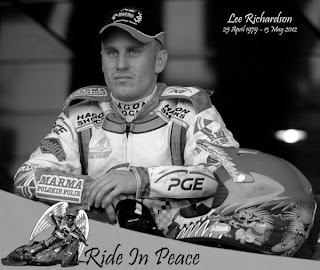 I can definitely say that I majorly lacked in film watching in 2012... In 2011 I think I saw near 80 films at the Cinema, this year, I saw a measly 34. That's pretty pants considering I have an unlimited card for Cineworld, you'd have thought I'd have made better use of it. I'll be honest, a lot of the films I did watch were pretty crap... I couldn't tell you what they were about. But on the flip side, I did watch some pretty cool films like The Iron Lady, The Girl with the Dragon Tatto, War Horse, The Hunger Games, The Avengers, The Dark Knight Rises and Skyfall. They were good. In 2013 I will try and at least and see double the films I did in 2012.


However, the highlight of my year film wise without a shadow of a doubt is coming across The Prince Charles Cinema. What an awesome little place that is. I first went there with @londonfox for a Sing-a-Long-a Grease showing which was one of the entries from my book. It was there I fell in love. Since then I went to see a quote a long Labryinth with @starbug1978 (which was oodles of fun), watched American Psycho (where you got a beer and a slice of pizza too, awesome) and most recently I went to watch an Avengers Marathon. So that started at 7pm on Friday night (28th Dec), and myself along with 280+ other people watched back to back - Iron Man, The Incredible Hulk, Iron Man 2, Thor, Captain America; The First Avenger and finished with The Avengers. We all left the cinema and walked into daylight at just before 9am. Awseome. Which reminds me, I must find out where our survivors photos are...


Museums & Culture
I was meant to do a whole lot of this kinda stuff in 2012... looking back I only really got to do the British Museum, Old Operating Theatre, The RAF Museum, Natural History Museum (spending a night there was fricking awesome!!!), the Britain at War Experience and HMS Belfast. There are so many museums in London and I have got to make more of an effort to go. For example there is a museum virtually right opposite where I live and have I been there yet? Nope... Must do better!!!

So I've always given to charities, but in 2012 I did my first really challanges in the name of charadee... First up was Byte Night, which consisted of a bunch of IT professionals sleeping outside for the night to raise money for homeless teenagers. Doesn't sound too hard does it? That's what I thought too... till the day arrived at the beginning of October and it rained non stop. NON STOP.   We had no cover except an umbrella and what can only be described as a sack for our sleeping bags. I so wanted to make it though the night, but only managed to last until 4am. I have never been so wet and cold in my life. EVER. But I am determined to do it again this year... and this year I will last all night. I hope...


Then 2 weeks later I took part in the Palace to Palace bike ride, a 45 mile trip from Buckingham Palace to Windsor Palace. I hated almost every second of the bike ride until I finished, then I loved it! Was so proud of myself. Even managed to raise just shy of £200 too :) Already have 2 bike rides lined up for 2013... everyone better watch out!

Well, what can I say. I've been pretty rubbish at this in the later half of the year haven't I? I still have about 15 posts to write up and I promise promise promise that I'll update them in the next couple of weeks!