After the very mixed shopping experience of a vintage shop, a knitting shop and a fetish shop, our last port of call on Lower Marsh was Cuban bar and restaurant Cubana. 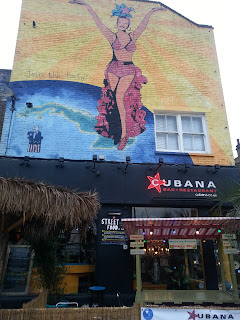 The ToLToL book says to come here to have a drink on Cuban Independence Day, but that's not until October. So we though having a Cuban beer on 16th February was as just an apt occasion.

According to the book, it's rumoured that Fidel Castro was once a shareholder here. @londonfox and @chrisnotwell had tried to explain this all to me in the Crown & Cushion but I had absolutely no idea who they were talking about. I am a history buff, but it's all pre 1945 really and my knowledge of "modern history" is pretty pants I'm afriad. For those of you like me who had no idea who this dude is, he's a communist revolutionary and politician who stormed power and became Prime Minister and then President of Cuba. Am sure you can Wiki the whole story!

We were all pretty hungry by this point, and think in need of a drink after Honour, so in we popped. It was very very busy in there, but there was a cubby hole round the back of the bar that we could go and sit down grab a beer, and get some bar food. 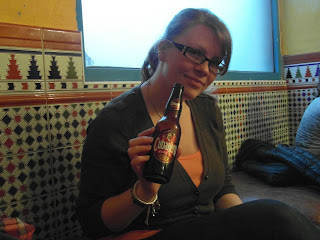 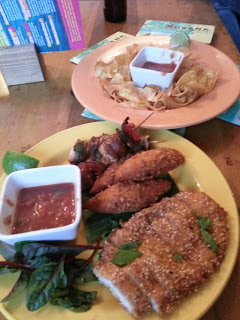 By the time we'd eaten this, it was 2-4-1 on the cocktails and as tempting as it was to stay (there was a lot of choice), we decided to head off out of Lower Marsh and on to our next pit stop - the Hole in the Wall. 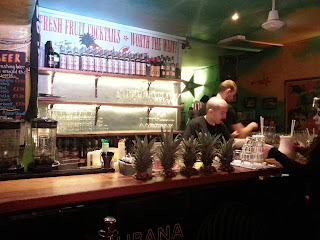 Cubana is based at 84 Lower Marsh, London SE1 7RG, their website is here and they're also @CubanaLondon on Twitter.
Posted by Unknown at Tuesday, February 19, 2013