Now I'd never been here before, but @londonfox and @chrisnotwell had and told me to pretty much ignore what it looked like from the outside. 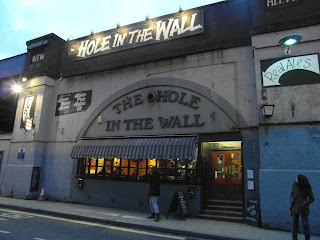 As you can see, it's basically one of the Arches with the train line going to Charing Cross above. Thankfully, being an East London gal, I'm not put off a dodgy looking pub!

You walk inside and there is a small bar on the left and then straight ahead is the main bar. And that is where we were headed for as that's where the "Medieval Madess" pinball machine was. The pub is full of wood paneling and brickwork and to me has a real old school, 70/80's pub vibe to it. I do like a pub with a bit of character! 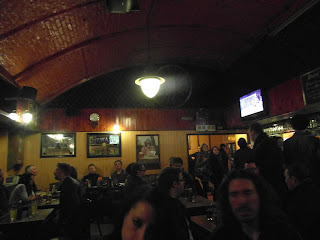 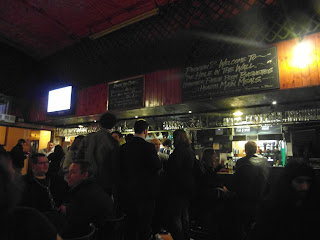 There was rugby on the TV when we got there, so we got ourselves a drink (lots of good real ale choice), grabbed a table and waited for half time so we could go on the pinball machine. 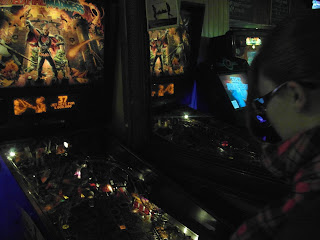 Alas, it appears I am not very good a pinball. I lasted about a whole minute. 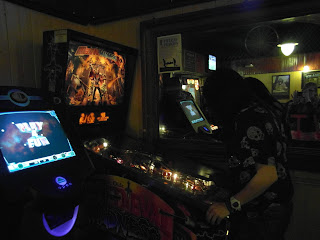 @londonfox however had a mispent youth and so was on there for much much longer!

It was fun though as I haven't played pinball in at least 10 years... probably a lot longer than that in fact. To play the machine is 50p a go so if you find yourself in there having a pint... go have a go. It very much put @londonfox and me in the mood for out next stop... Namco!

You can find Hole in the Wall pretty much opposite the main entrance into Waterloo Station, underneath the railway directly in front. It's proper address is 5 Mepham Street, London SE1 8SQ.
Posted by Unknown at Tuesday, February 19, 2013