So way way waaaaaaaaaaay back on 22nd July 2012, I went off to spend an evening in beautiful Greenwich.

As part of the Greenwich and Docklands International Festival 2012 and also the London 2012 Festival, I went to the Royal Navel College grounds to watch a dance/acrobatic interpretation of the Greek mythology story of Prometheus by a theatre group called La Fura dels Baus.

Now I'll be honest, my knowledge of Greek mythology isn't all that good, but I know the general gist of what went down... Basically, Prometheus was a cheeky Titan who created man from clay and stole fire from Zeus. Zeus obviously not happy with this committed Prometheus to immortality and had an eagle (an emblem of Zeus) come to eat his liver - which would re-grow and happen on a daily basis. There's probably some more that story, but hey, you all know Google and Wiki don't ya!


So... we start with Prometheus being born I guess... is pretty impressive! 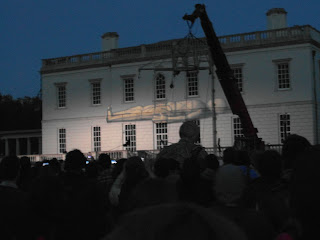 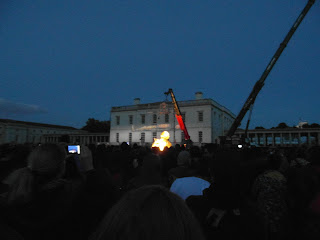 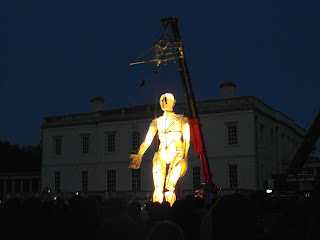 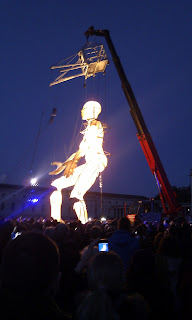 So... Prometheus walks over from one side of the "theatre" to the other. From this point I had absolutely no idea what the hell was going on.

A lady all in white stood on the veranda of the Grand House and did us a little dance... she was joined by a couple of children dancers too. 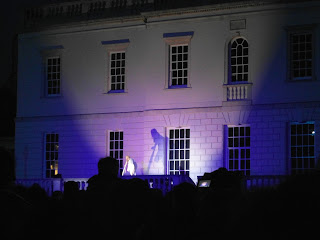 Then after she'd done her bit, some people came down from the sky in a big ball type thing... again no idea what they mean but it was impressive all the same. 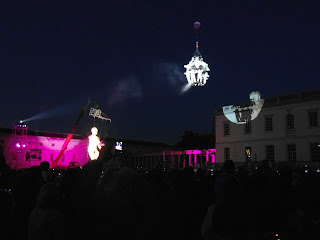 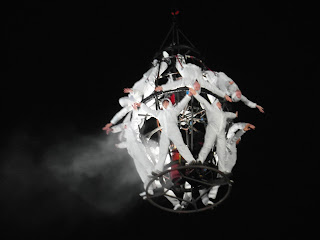 Then I think someone got angry as there was all kinds of red flares going on... thinking about it, pretty sure it might have been Zeus. 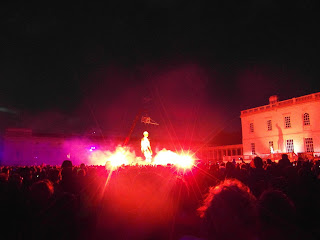 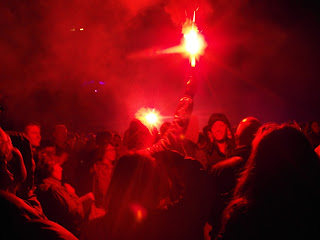 Yeah, must have been Zeus as here comes the Eagle... ut oh! And he looks mean, yikes! 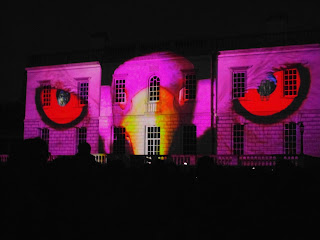 Then some dudes came up in a giant hamster wheel. What this has to do with anything I dunno, but it wasn't all plain sailing as it took them quite a few attempts to roll from one end to the other and back again. 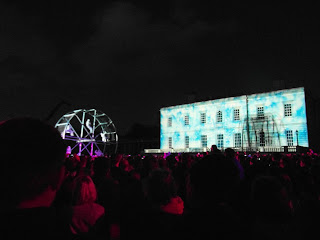 Once they'd rolled about and did bit of exercise, the lady in white reappeared and climbed up Prometheus. CLIMBED. Crazy lady in white. 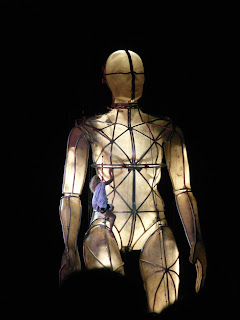 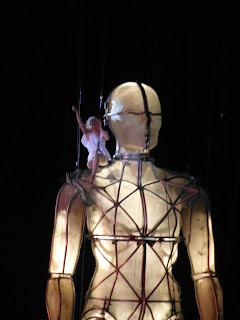 Yay, she made it to the top! Phew.

Now for the random people on a vertical chess board doing some kinda dance above our heads. Again... got no idea what the hell is going on. But it was cool, fricking cool all the same.

And then came the fireworks which could only mean one thing... it was the end. Sigh. 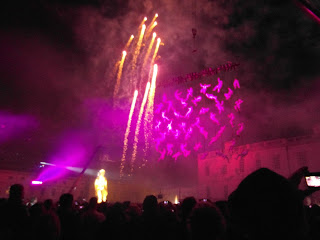 So we can forget all about me not having a scooby about what was going on most of the time, because the whole experience was awesome and something I've never seen anything like before.

Now, not sure if any of you've noticed, but the crazy lady in white has part of her right leg missing. This is what made this experience all the more special. The theatre group who put on this show is disabled led, and the majority (if not all) of the dancers were disabled in some way or another. This was brought to us to see with the impending (and now gone, sigh) Paralympic Games coming to London town.

The Greenwich and Docklands Festival is back in 2013 between 21-29th June, and I plan on going to a lot of the shows. I'm pretty sure they're all free to go to too. The list of what's on isn't up on their website yet, but you can sign up to their newsletter and they'll email you details as and when. As the title suggests, the shows are based all over the Greenwich and Docklands areas.

Am really looking forward to this years shows, although they'll take a lot to be anywhere near as good as Prometheus Awakes!
Posted by Unknown at Thursday, February 07, 2013