Next stop on our Waterloo day out was Irish pub, the Crown & Cushion. 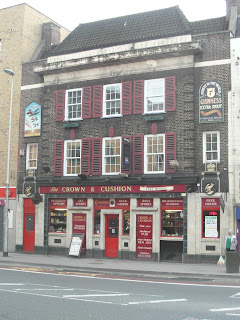 Now, as you can see from the title of this blog, we're meant to go there to watch Irish Hurling. All I know about hurling is that there are 15 players in a team, it's the oldest team game in Europe - been played for circa 3000 years, - and looks like lacrosse from the photo's I have seen. According to the book it's "fast, furious and really quite violent" so perfect for watching with a pint in the pub!

Here comes the slight flaw in our plan... there was no hurling on this weekend and therefore couldn't possibly be on in the pub! But seeing as we were in the area, would have been rude not to pop in anyway.

So, the pub from the outside looks, well... a bit dodge. Don't let that put you off as inside it is a lovely old mans pub! 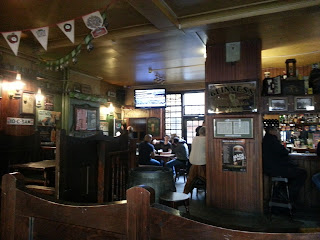 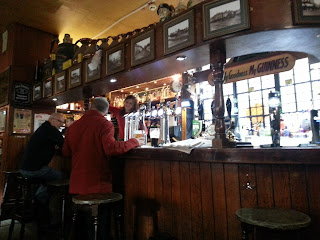 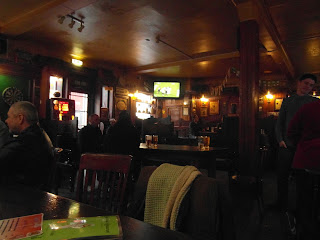 Being in an Irish pub, I should really have had a Guinness - but as many times as I try it, I just don't like it. Really not my kinda drink and is far far too bitter for me (tastes like I'm eating coffee beans!). But not to panic, @londonfox didn't let anyone down and had half a Guinness. Well done that girl. Although she did get grief from a dude at the bar for only getting a half, that was mildly amusing! @chrisnotwell and I settled for Doombar instead. 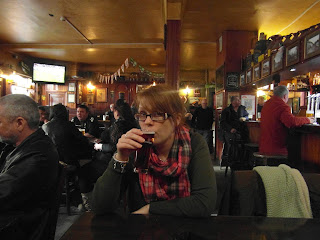 As we suspected, there was no hurling on the TV - they had rugby and horse racing on - but that didn't stop us enjoying the pub. There was tons and tons of memorabilia, mainly Guinness but also some street signs (mainly Irish, but included a Rotherhithe Street one - which is very close to where I live) and an open fire. 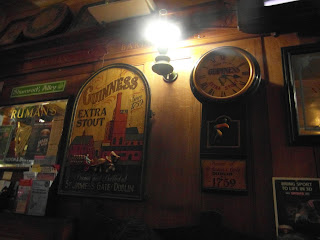 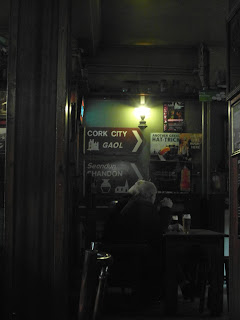 Food wise, they do standard-ish pub grub like sandwiches and burgers, but there is also a Thai restaurant based upstairs and judging by peoples comments on @foursquare, the Thai food is pretty good.

Ok... so back to the hurling. I've done a Google search and found this clip on YouTube. It looks a pretty cool game to watch!

I've also had a look at the @officialGAA (Gaelic Athletic Association) website to see when there are matches next on and it seems they're kinda on every other weekend until the end of March league wise. Then there seems to be a big competition starting at the end of June. That's when I'm gonna come back and watch it I think...

You can find the Crown & Cushion at 133 Westminster Bridge Road, London SE1 7HR.
Posted by Unknown at Tuesday, February 19, 2013