This section of the book is in reference to art deco buildings... there are 10 mentioned in the book in total and the one I went to on Tuesday just gone, 19th March 2013 is the fabulous BBC Broadcasting House. 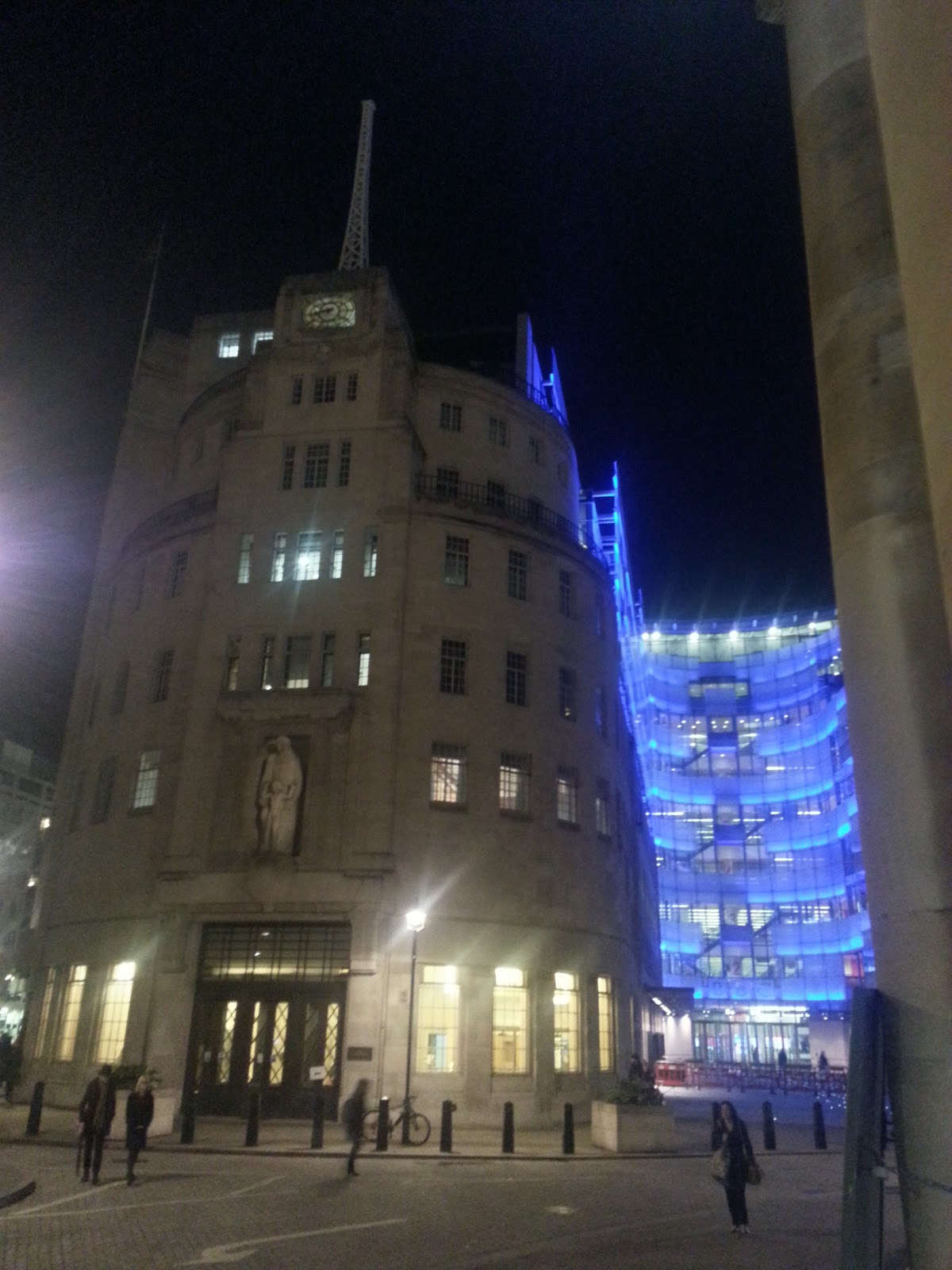 As explained in my previous Roundhouse blog entry, when you apply for tickets and you are successful, it doesn't actually mean you will get to see the show. They over issue tickets so that if people don't turn up, there will still be a full audience.

The doors opened for this show at 6.15pm, and I arrived at exactly that time and joined the end of quite a long queue. Thankfully I was sucessful and was the 162nd person through the door. Yay! 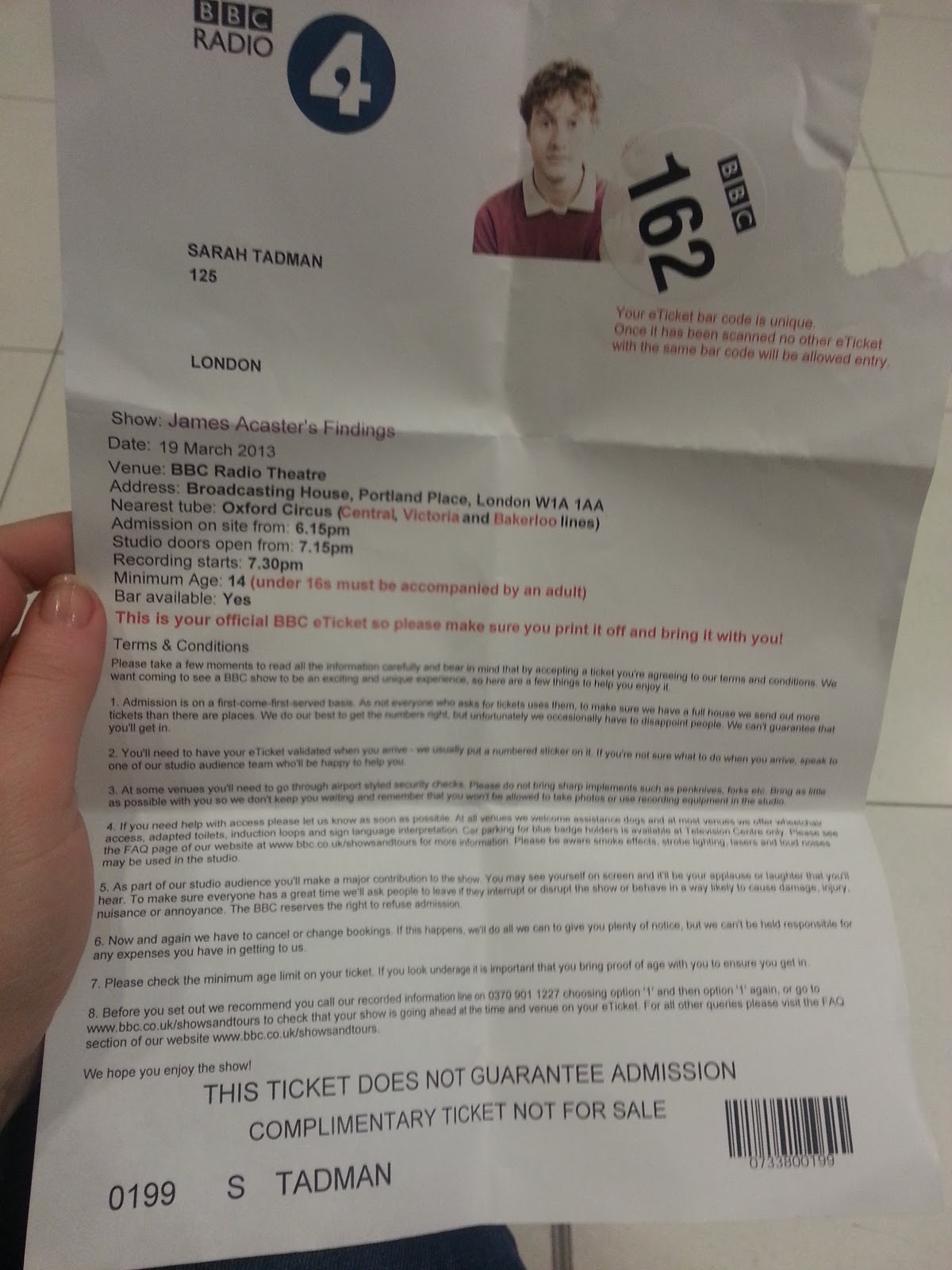 I've previously been here twice before to see two other @BBCR4 radio show's be recorded, Dilemma and The Guns of Adam Riches and they were much easier to get in to. This is because the TV section left at the BBC in London was still at BBC Television Centre over in Wood Lane/White City. This week however BBC Television Centre closed and they moved over to Broadcasting House... so queue added security! So unlike the previous two times where I virtually walked straight in, this time we had to put our coat and bag through security x-ray thingies, and be scanned all over your body with a metal detector.

Once we got all that over with you go and sit in the Media Cafe and wait to be called into the Radio Theatre. As Broadcasting House now has all the people that was left from the Television Centre, they also brought over some new bits to sit and greet you in the cafe...

You also get a pretty good view of the new BBC Newsroom (which was also on air, pretty darn cool!). 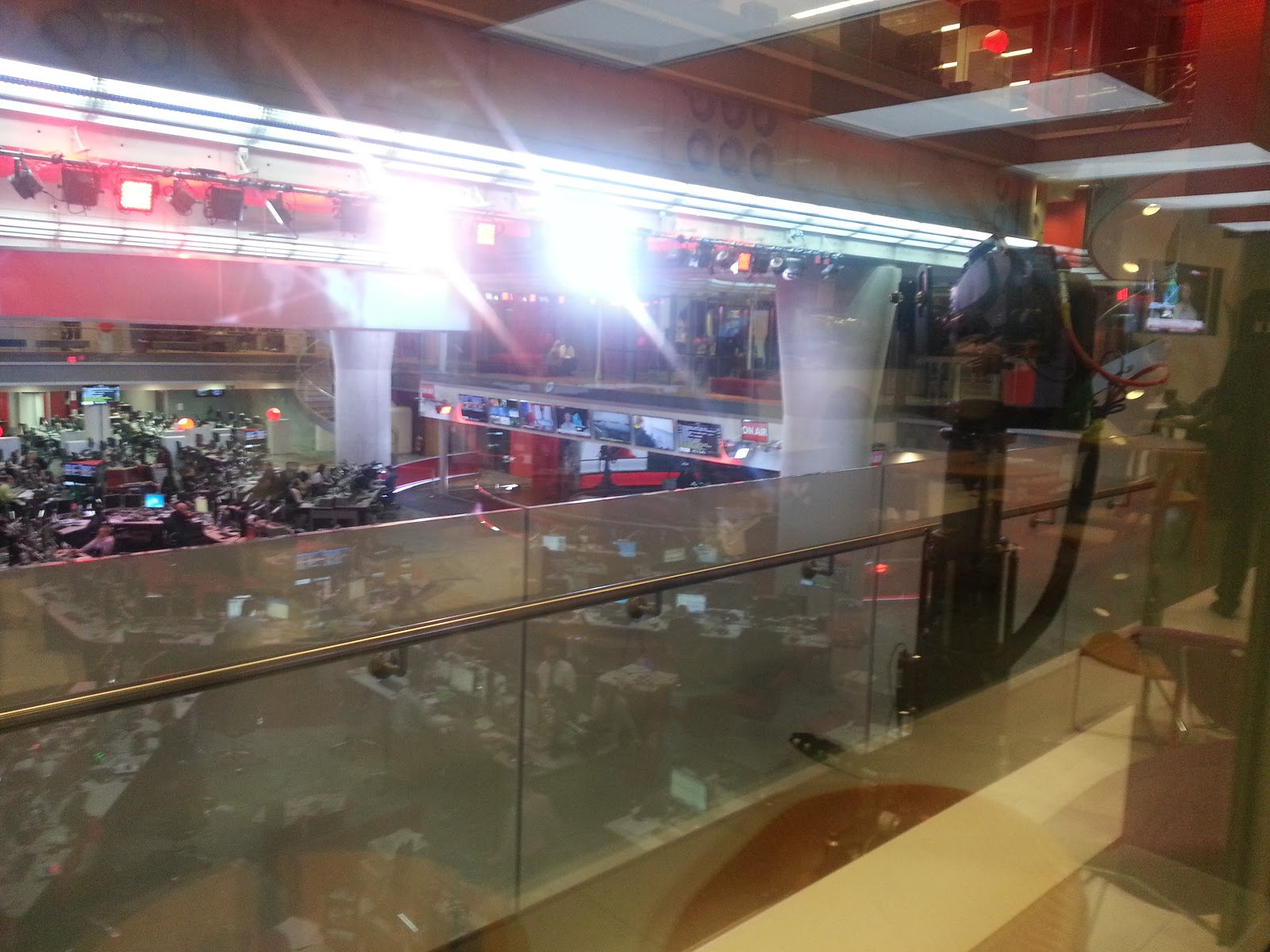 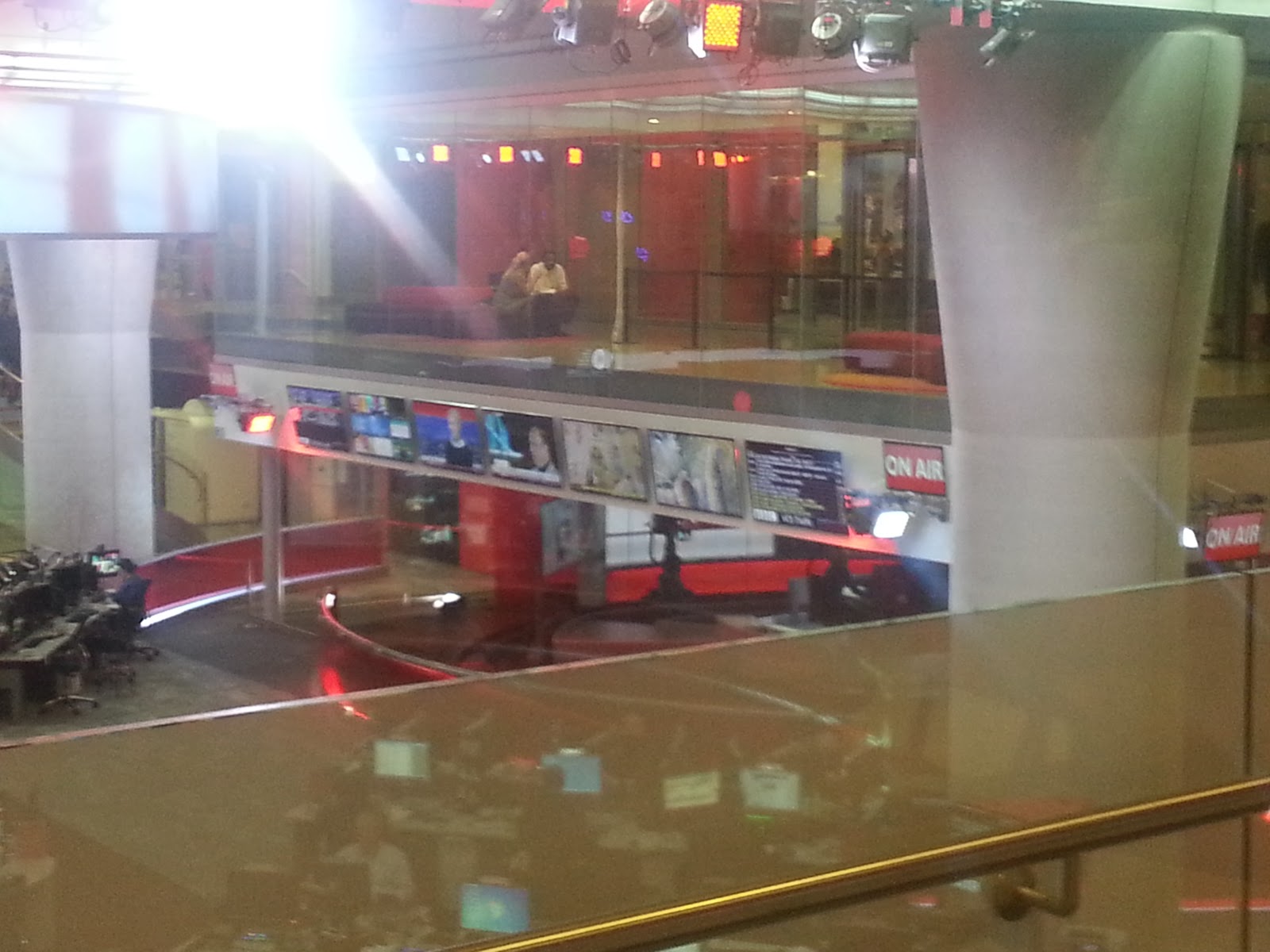 At about 7.15pm, they start to call people into the Radio Theatre, for a 7.30pm recording time. 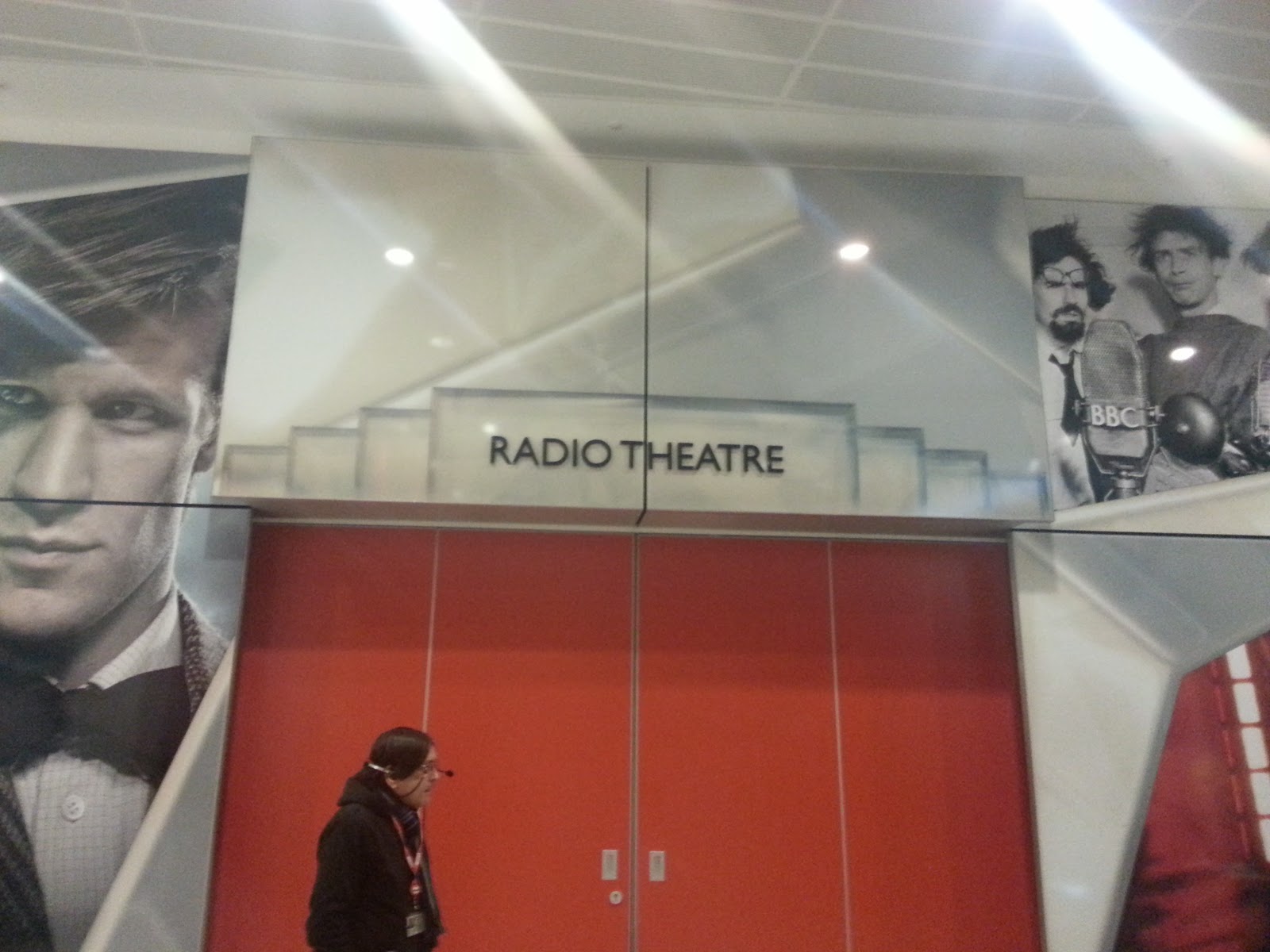 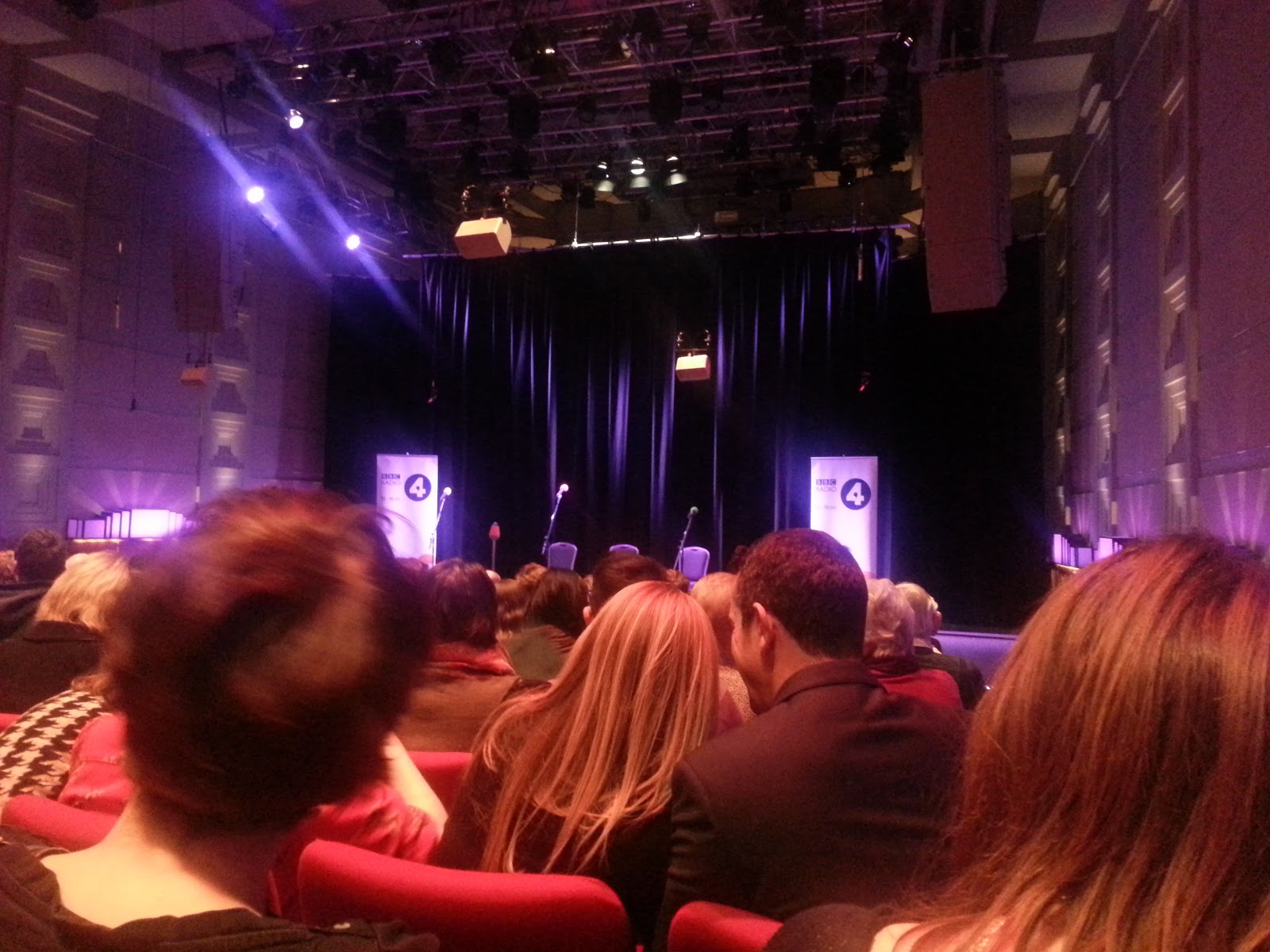 Over all the theatre fits about 300 people I think. I was 162 and I was probably 2/3's of the way back on the seating and there is also a bit upstairs too.

And as this post is about art deco, the pic below is of the lights that go around the theatre and well, they're pretty art deco aren't they? 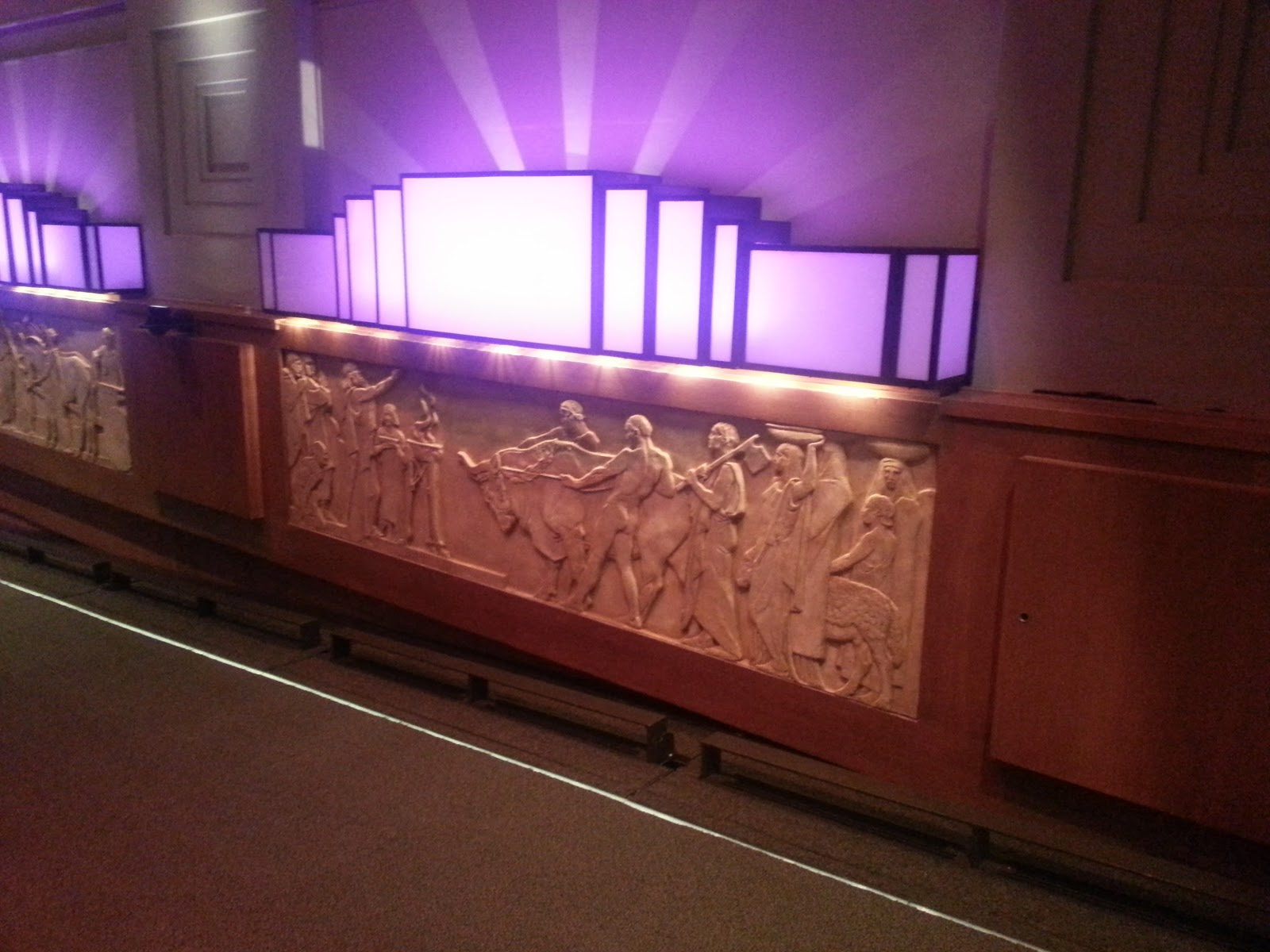 It was @JamesAcaster telling us all about his findings with regards to bread. Yup, you read right, bread. And it was absolutely brilliant!! I laughed so much I can't tell you! @JamesAcaster is a very funny guy and I really want to see him do his normal stand up show.

James Acaster's Findings goes out on @BBCR4 at 11pm next Tuesday, 26th March 2013. Please please give it a listen. Appreciate it's quite late on, but there is always @BBCiPlayer so no excuses! And if you do enjoy it (which you will!), you need to let the BBC know as then they might let him do an actual series!!