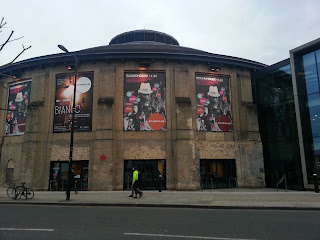 So with this entry I get to knock two things off from my books – “Reacquaint yourself with the Roundhouse” and “Keep TV (and radio) live”.

I’ve become quite accustom to registering to be in the audience for BBC radio shows, sadly I’m not always successful and sent tickets. Recently however I’ve been quite lucky and seen @BBCRadio4 shows “Dilemma”, “The Guns of Adam Riches” and “Thom Tuck Goes Straight to DVD”. I’ve got another show I’m going to next week “James Acaster’s Findings” and that’ll be at Broadcasting House. Oh, and they are all free :)

Anywho… aaaages ago I was sent an email from BBC Audience about a @BBCRadio3 show “Baroque ReMixed: ReWired, ReStyled, ReFreshed” which was the BBC Concert Orchestra (@BBCco) and guests bringing a new lease of life to pieces of music of the Baroque period. The main draw for me was that this was taking place at the legendary arts venue the Roundhouse in Camden (well, technically Chalk Farm). I have been to a few gigs here before and imagining the acoustics of the BBC Concert Orchestra in @RoundhouseLDN was too much for me not to apply for tickets. So I applied for 2 tickets…

Thankfully I was accepted and I got sent two tickets for the show. 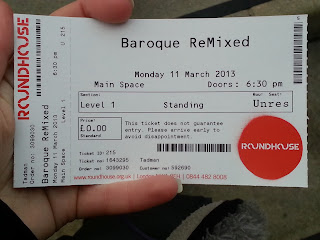 As it was on 11th March 2013, the 2nd ticket I gave to my mum as I thought it would be a nice present for Mother’s Day (in the UK Mother’s Day was on 10th March). Ok, so the tickets were free, so you might think what a cheapskate daughter I am… but as these tickets don’t guarantee entry, I got there an hour before and stood in the freezing cold (and for those of you in the UK know just how cold it is here at the moment) on my own to get in line, so my mum could arrive just before the doors open and we could go straight inside. See nice daughter!! 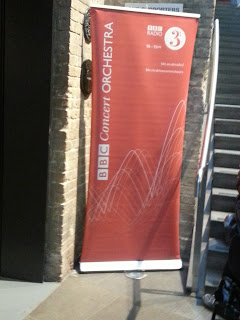 So I arrived at 5.15pm and stood waiting till 6.30pm when the doors opened. My mum got there at 6.28pm. Nothing like good timing. The show didn’t actually start till 7.30pm, but because we were virtually right at the front of the queue, we went straight to the bar and had a drink – and more importantly a seat – for the next 45 mins. The tickets we had were for standing only, so thought having a seat at the bar would help us in standing for the next 2 hours afterwards.

What I didn’t know was that this gig was going out live on @BBCRadio3. All the other shows I’ve been to were being recorded for airing at a later date, so this we quite cool! I even text my boss and got her to listen to some posh radio! 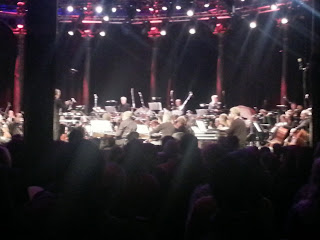 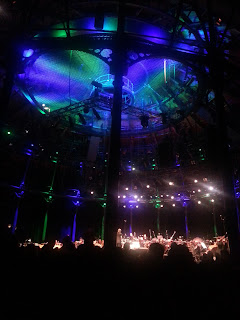 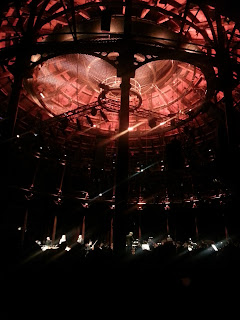 The concert was just under 2 hours long, and was just lovely. Classical music isn’t for everyone I know, but I simply leaned against one of the poles and had my eyes closed for most of the show. Nothing like live music, and live orchestral music is something else.

Apparently this show is available on iPlayer for a week, but for some reason I can't find it... there is a link to it, but the audio isn't available. Boo. This is the link for it anyway, you know, just in case - http://www.bbc.co.uk/programmes/b01r9sb5.

The Roundhouse was originally built as a railway turntable engine shed in 1846 and was used for about 10 years or so before it basically became obsolete where steam engines had become too big. It was then a warehouse for a number of years before falling into disuse. In 1964 it was handed over as a performing arts centre and the Roundhouse as it known today was born. Well it was known as Centre 42 back then, but you know what I mean! 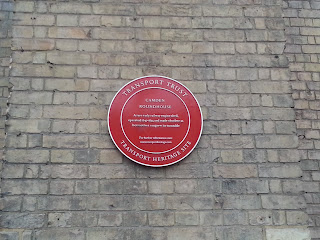 This is probably one of my favourite gig venues. Actually, scrap that, this is my favourite venue. I just love it. There is always stuff going on here and most of it I'd love to see... shame that whole money thing has to ruin it! Check out their website here (and I'd recommend getting on their mailing list too).

If you are interested in going into the audience of a BBC show, you need to get on their website too. But be warned on a couple of things - 1) a lot of the big shows such as Top Gear aren't available on here, but there is a link to where you can apply (although I've heard the waiting list is ridiculous), 2) you won't always be successful 3) if you are successful and you are emailed ticket(s) you aren't guaranteed entry, so getting to the venue early is paramount (Hence me getting to the Roundhouse an hour before the doors opened. But with all that aside, being in the audience of Radio show's is awesome! Not sure I'd wanna do TV show as it would kinda get rid of all the "magic" of how things are done. Nevertheless, something I'd recommend doing :)
Posted by Unknown at Tuesday, March 12, 2013