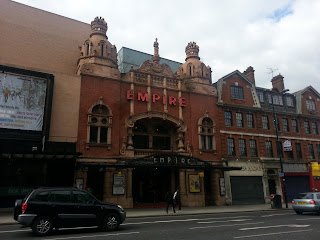 The book mentions the Hackney Empire in relation to a now defunct cinema event. It clearly says that the cinema event is now gone, but it does mention just what a beautiful old building this is. And it really is.

On Sunday, 31st March 2013, I took my niece Kiera as a birthday present to watch a Horrible Histories live show about the Vile Victorians. I love love loooove history, and gory history? Yes please!! I have been a fan of @HorribleHistories since school, and the opportunity to see a stage show of it was too easy a decision to make.

Ok, so maybe I went for me and used taking my niece as an excuse... 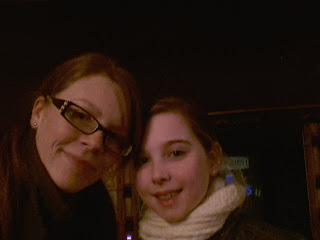 The show was fantastic as I knew it would be. There is only a small cast of 4 people, and we able to portray just how vile the Victorian's were. There was lots of talk of poo and I learnt a few things along the way too and I thought my knowledge was pretty good! It was a mixture of props, singing, dancing and in the second half, 3D effects! 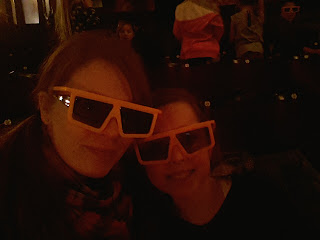 And the 3D was pretty good too. Made both my niece and I jump a few times!

The show was put on by the @birminghamstage company and they're touring around the country until July. They're also doing the Terrible Tudors at the same time which I'd also loved to have seen, but money and time didn't allow it for me this time.

Having a look at the TV & Stage section of the Horrible Histories website, it shows that they are doing another show Barmy Britain... which looks awesome!!!! Totally gonna book myself, erm and my niece obviously, to go see this one. Is on at the Garrick Theatre from August. Yay!!!

So on to the theatre... I love this place. Being born and bread in Hackney, I'm bound to be a little biased, but this theatre is really like walking back in time 100 years. 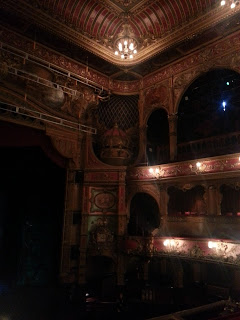 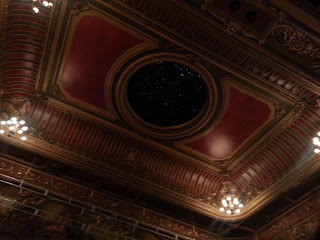 I have been coming here since I was a little girl with my schools (when in primary school I came here for a panto and ended up on stage and kissing the boy I was like totally in love with - awesome), friends and family.

Built in 1901 by a predominant threatre architect Frank Matcham, the @HackneyEmpire had the likes of Charlie Chaplin, Stan Laurel and Louis Armstrong on stage.

It was used as a theatre and also for TV from when it was built, during the World Wars, and up until the early 60's. In 1963 it was brought by Mecca Bingo and turned into a bingo hall. Gasp!! Such a beautiful place as a grotty bingo hall? Not impressed. Thankfully, in the mid 80's the Empire was classed as a Grade II listed building, and therefore the front had to be restored to it's former original glory and due to the costs, Mecca Bingo were looking to sell it.

An independent theatre company took over the theatre a few years later, and thanks to a grant from the Greater London Authority, was able to take the Empire over on a permanent basis, along with a little restoration and modernisaion.

In 2001, after raising £15 million smackeroonies, the theatre went under a complete renovation and was fully completed in 2004. And since then there has been no looking back.

As well as having some big names coming down, for example I saw @JimmyCarr there a few years ago, they also have a lot of local talent too. For example, at their Panto's, they never used to have a "big named celeb", rather than a cast of local actors. Am pretty sure that it's still the same story now.

So the empire is in the Under £10 book, but the tickets for the Horrible Histories show were certainly not under a tenner (was £20 for me and £18 for my niece). You can however get tickets for £10 for some shows, you'll just be up high! Have a look at what's on, and see what takes your fancy!

The Hackney Empire is based on Mare Street, a few minutes walk from Hackney Central overground station (which goes into Stratford) and is a short bus ride from Bethnal Green underground (on the central line).

Please come and check it out if you get the chance, we need to keep this theatre going for another 100 years! 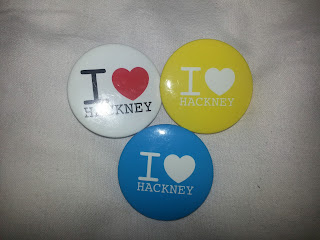