So in August 2012, I turned the ripe old age of 30. Eek. When I opened my birthday card from @londonfox and @chrisnotwell the following cards were inside... 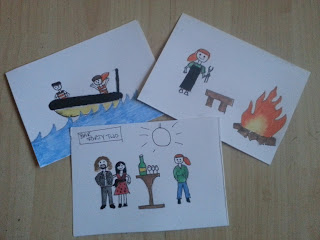 Sadly all three weren't my present, I had to chose one of them as my birthday present. The choices were all related to my blog and they were - a RIB boat ride on the Thames, a blacksmith course at our local farm or some drinks at the champagne bar at Tower 42.

Am sure you've all figured out by now that I chose to go to Tower 42!

A little bit of time passed (due to hectic schedules and a marathon) and on Friday, 26th April 2013 we went to drink champagne at Vertigo 42, the bar on the top floor. 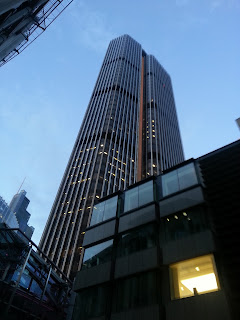 I was very excited! 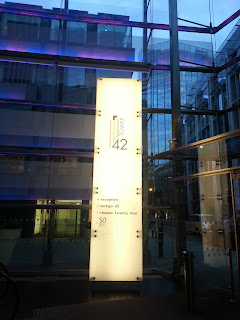 We were booked in for 7pm - you have to book in advance, you can't just turn up - and we arrived about 10 mins early as you have to go through airport style security. You go up a set of escalators and take a special lift straight to the 42nd Floor. 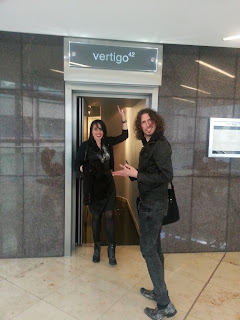 The lift goes pretty quick as you can imagine, and before you know it you're at the top.

And greeted with this amazing view when you come out of the lift and go into the reception area... 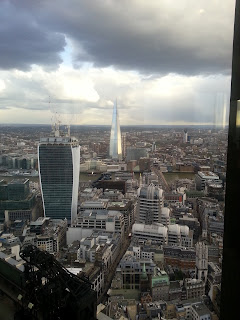 We had our booking for an hour, and we were taken to our seats. Our view was probably the best view up there - West London. We were looking towards such sights as St Paul's Cathedral, The London Eye, Houses of Parliament, BT Tower and Wembley. 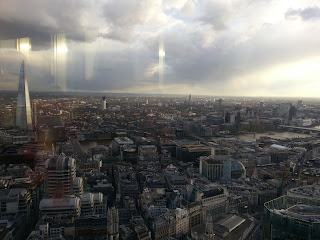 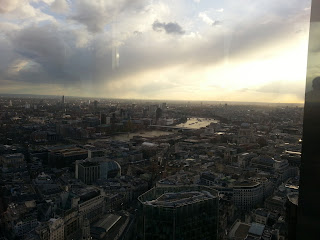 Now onto to the important stuff... what to drink!

Well... champagne obviously, but was it to be in a bottle or cocktail form? We decided on a bottle of pink champagne. Yum!

Just after the photo of @londonfox and I was taken... this happened...

@chrisnotwell's glass of champagne was knocked over... we were so rock and roll it was silly! It was also quite embarrassing... but something to tell the grandchildren about!

The champagne bar is circular in shape, and the seats go round the windows and behind you is a mirror inside to reflect the views, and it works very well.

Due to the time of night it was, we were very lucky to be witnessing the sun setting over my beautiful London town. 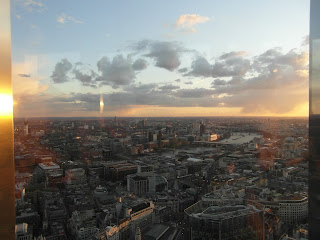 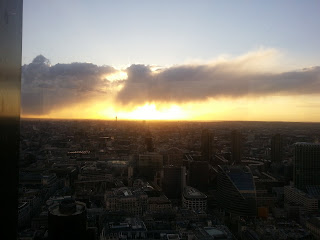 You're only allocated an hour in the bar, and before we knew it, it was almost 8pm and time for us to go. But of course before we left we asked one of the barmen to take a group photo of us, and judging by the photo he took, am pretty sure he'd done that a few times before...

Ok... onto the finer details. As said above, you have to book ahead and you only get an hours sitting*. You also have to spend a minimum of £10 per person. But to be honest that isn't overly difficult as the "cheapest" bottle of champagne is £60, and the champagne cocktails start at £14... not that I paid for any of it :)

*just been informed by@Londonfox that you can book longer than an hour. She booked that time as we had plans afterwards. I did think it was odd!

Vertigo42 is based on the 42nd floor (cos you hadn't figured that out already!) of Tower42,which pretty much slap bang in the middle of both Liverpool Street and Bank in the city. The address is 25 Old Broad Street, London EC2N 1HQ. They're also on Twitter too (well, who isn't!) @vertigo42bar.

It was an experience that I would highly recommend. The views are sensational (and we were very lucky with the weather), the staff were friendly and the company was obviously fantastic too!

So a massive massive thank you to @londonfox and @chrisnotwell for a sensational night! Really enjoyed it and was a fabulous birthday pressie. 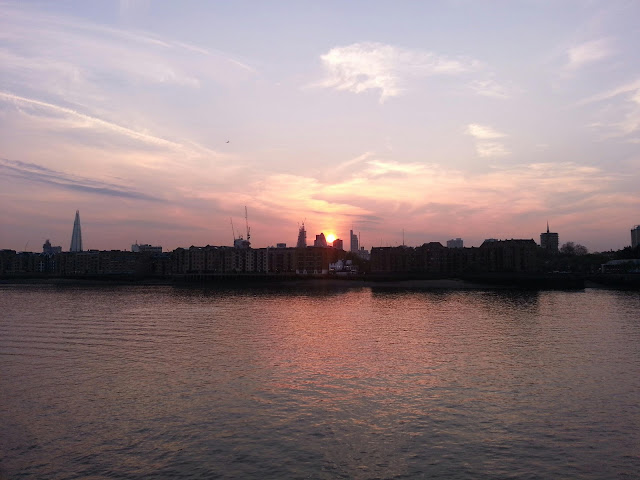