Drink with Horatio Nelson at the Trafalgar Tavern


After living in South East London for best part of 8 months, I'd realised that I'd not had a night out in Greenwich yet. Of course I'd popped there a few times (for the market etc...) but I'd not actually had a proper night out there.

This had to be put right.

Now, who to go out with? I took a punt and asked good friends @londonfox and @chrisnotwell if they wanted to join me for a night drinking beer and when I fully expected them to say no, they shocked me by saying yes! :p

So on Friday 3rd May, we started off in a pub called the Trafalgar Tavern. Mainly because it was in one of my books! 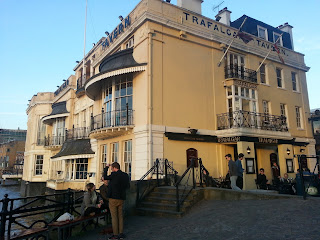 ToLToL suggests going there on 21st October as it's Trafalgar Day, but we threw that out of the window as it was May! It also mentions Horatio Nelson as there is a statue of him outside looking over the view of the Thames... however the statue wasn't there when we went so we really failed on this challenge! 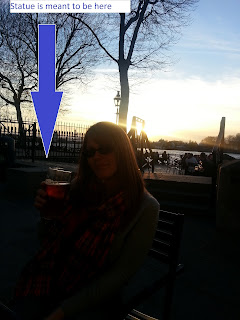 We only had 1 pint in here as it was really expensive... £5.30 a pint from memory! But at least it was for decent craft beer and not horrible lager. Still ridiculously expensive. And there are some lovely views... 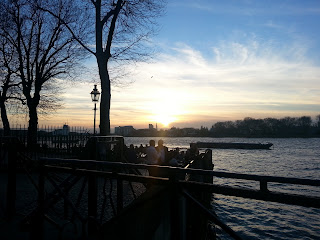 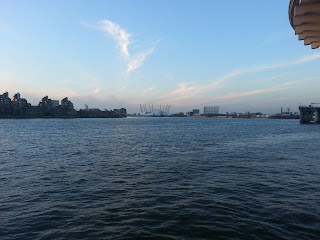 So if you win the lottery and fancy a pint (they also have a restaurant) on the river, pop on down. The Trafalgar Tavern is right next door to the Old Royal Naval College, their address is Park Row, Greenwich, London SE10 9NW and their website is here.

Next up for us was the Old Brewery which is the grounds of the Old Royal Naval College. It is home to homemade beers from the Meantime Brewery (some beers of which are produced within the Old Brewery but mainly at it's brewery a 10 min drive away), and they produce some lovely craft beers.

Now stupidly I didn't actually take any exterior photo's... but I did take photo's of our beer :)

@chrisnotwell went for a pint of something or the other (a dark beer from memory), but as @londonfox and I couldn't decide what we wanted, we went for a flight of beers. 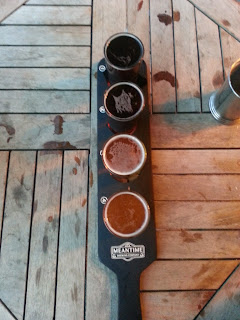 A selection of 4 beers in a paddle. Awesome idea! We went for (from top to bottom) Multigrain Red, Yakima Red, Californian pale ale and a Wheat ale. Drank half a glass each while @chrisnotwell drank his one. 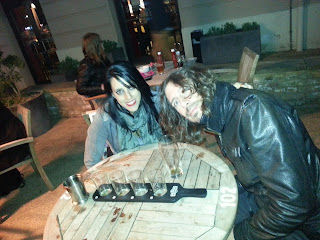 I'll be honest, by the time we'd finished these I was feeling a bit pished.

The Old Brewery also acts as a cafe by day, a restaurant by night, a micro-brewery and a pub! We didn't eat in here, but I had a wonder about through the restaurant and the food does look good. Is definitely a place I'll return too.

As I said, you can find the Old Brewery within the Naval Collage and is right next door to the Cutty Sark. Their website is here, their address is The Pepys Building, The Old Royal Naval Collage,Greenwich, London SE10 9LW and they are on Twitter @OldBrewery.


The next stop for us was the Gypsy Moth, I didn't take any photo's of this pub as I've been here a million times and it'd have just been rude had we not popped in. It does look over the Cutty Sark from their beer garden - but you get chucked out at either 9/9.30pm as it's highly residential.

I did want a really cool named beer called "Hoptimus Prime", but they'd run out so I settled for something like a Fruili now doubt. Or maybe not... can't remember because as you all read a little while ago I was beginning to get a little pished...

If you're ever in Greenwich, you should pop into the Gypsy Moth as they do a good selection of booze, lovely food and on a sunny day their beer garden is lovely with an awesome view. Pop in to see them at 60 Greenwich Church Street, Greenwich, London SE10 9BL, their website is here and they're on Twitter @gipsymothpub.

Final stop in our Friday night out in Greenwich was The Greenwich Union - the first Meantime Brewery pub. 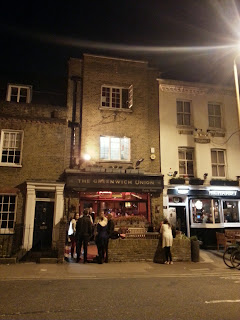 By this time I was quite pished... And yet I carried on drinking more beer... not my fault though! Really not my fault if the beers are all really good and I have to try more is it?

Now I have to be totally honest, I have absolutely no idea what I drank in this pub. Clearly I drank Meantime beers, but I couldn't tell you what ones they were. I blame this on two things... 1) I was slightly pished and 2) I was completely distracted by one of the barmen.

The bar staff were very friendly and really knew what they were talking about when it came to their beers. Quite refreshing change compared to most pubs.

Off we went to sit down, and waited for our friend @Jeff_Tanton to pop down and see us. 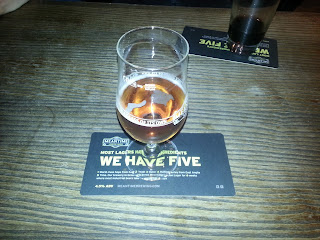 We decided it would be a good idea to take some pics... kinda the whole point of my blog... and they turned out quite well considering... 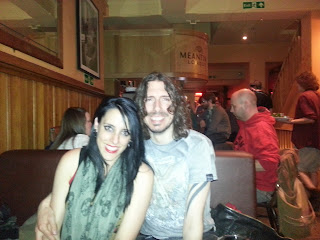 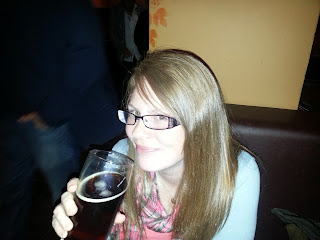 It was at this point I turned into a 15 year old girl (much to @londonfox's embarrassment)... remember me talking about the distracting barman? Well... I thought it would be a good idea to ask to have my pic with him... see, turned into my 15 year old self!

Bless him, he was very nice and let my drunken self have a photo taken with him, but I think I really embarrassed him. 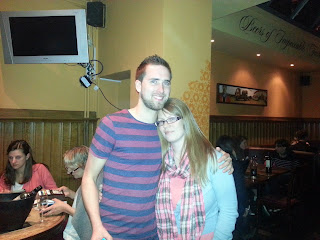 But come on people, he was beautiful!!

I then decided it would be a good idea to Instagram that pic... which was then retweeted by @RodJones2610 (who work's for Meantime) and @OldBrewery to over 3000 followers... the poor poor barman. If he wasn't embarrassed before he would have been after that! Beautiful barman, am very sorry for embarrassing you so... I just felt the world needed to see you :)

As the photo was being taken @Jeff_Tanton arrived - hurrah! 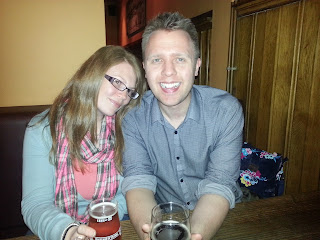 He arrived just in time for a beer before last orders. Phew.

Now I would really like to go back to the Greenwich Union, as I've heard they do lovely food (not to mention awesome beer), but I'll be honest with you all... I'm a bit embarrassed to. A 30 year old women telling a barman he is beautiful and having her picture taken with him. That's pretty embarrassing right?

Think I just need to go there when he's not working... not that I'll ever know that. Maybe I'll just go in and hide in a corner somewhere and get other people to go the bar for me. Ooh... I like that plan!

Anywho... if you are a fan of real beer, you need to get your behinds down here. The Greenwich Union is based at 56 Royal Street, Greenwich, London SE10 8RT, their website is here and they are on Twitter @GreenwichUnion.

Meantime Brewery are also on Twitter @MeantimeBrewing. You can go to their brewery and take a tour for £15 which includes tasters :) Something that I'm very interested in doing in the future. If you're interested in taking a tour, check out their website.