Serve yourself a Pint


Back on the 17th May, myself along with 16 other people went to Prague for the weekend for the Czech round of the Speedway Grand Prix (which by the way, the only British rider in the field won, Tai Woffinden! Woofy, Woofy, Woofy!). On one of our nights there, we went to a place called the Beer Factory where you were able to pour your own beer... and excellent idea!

This got us thinking... London needs somewhere like this. So up came Google on my phone and I began searching to find if there was anywhere in London that you were able to do this. And then I found it... 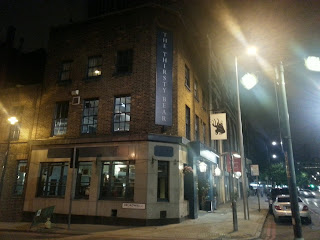 So on Friday, 14th May a few of us who went to the Beer Factory in Prague met at The Thirsty Bear to pour our own beers :) 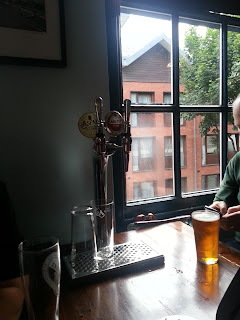 The pumps on the table are either Amstel beer or Aspal cider. You can order a whole heap of other beers (including Meantime!) and drinks straight from the iPad attached to each table.

Yup, you read right, an iPad. 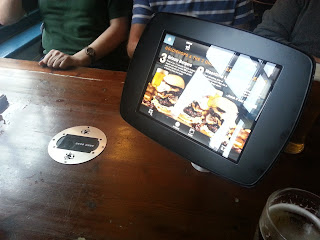 Each table has an iPad (not all tables have pumps you can pour yourself), and from that you were able to do many things - order other drinks as mentioned above, bar snacks, burgers, songs from their jukebox, look at how much beer you've drunk and probably most importantly... see where your table is the leader board!

We used the iPad for all of the above!

Now let's get back to the important stuff... beer...

Pouring your own pint isn't as easy as it looks. The first one most people did had quite a frothy head... I am glad to say that I was much better at pulling my own pint than I thought I'd be! 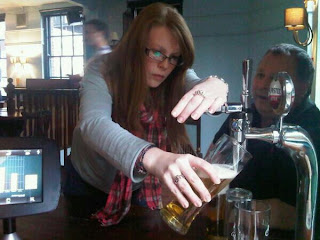 Yay, go me. But seriously... what a look of concentration I have! You can also see the leaderboard on the iPad.

A few pints in, and food was very much on the agenda. Now what to have... what to have...? They do a couple of "main meals" but what they really have a lot of is burgers. They have some standard made burgers, build your own burgers and also the Goldiehops and the 3 Grizzly Burger Challenge. And what a challenge it is... 3 lots of 1.5lb burgers with BBQ pulled pork, with 2 portions of chips, a side salad and 2 meantime beers. 4.5lb of meat?!?! Wowza. If you can eat all that, on your own, in less than an hour you get it for free! If you don't, it'll set you back £60.

So far, only 1 person has done it. An American aptly names Randy. And his achievement is also on youtube in the clip below... 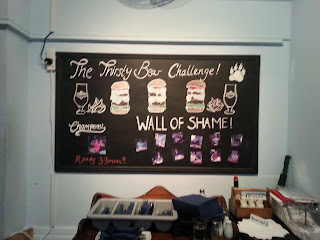 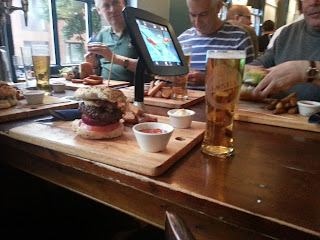 Nom nom nom! I went for an 8oz beef burger, with haloumi, bacon, red onion, red pepper, with garlic mayo. And it was really really delicious!!! I'm generally not a fan of burgers, but I'd easily eat in here again. Yum. 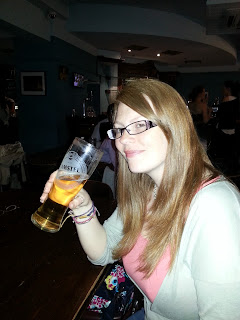 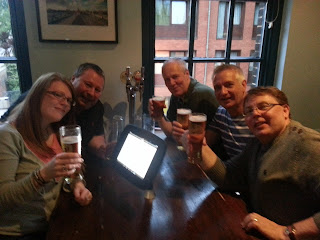 After the food, we had a few more beers, selected what felt like 100 songs on the jukebox (is 25p a song and although the selection is quite limited compared to some places, there are still plenty of songs to choose from - although apparently Chesney Hawks is the most common) and then the barrel needed changing. We noticed that as the beer came out like this... 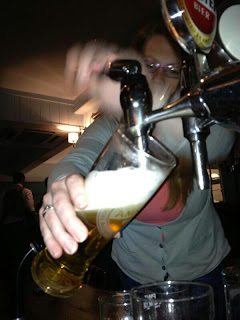 ...didn't want a pint of froth and before anyone says, it's not because I'm drunk!

The staff were very friendly (especially Pedro Ferreira, the General Manager, who spent a lot of time talking to us), brought us over another pint straight away and tried to fix it as quickly as they could. That turned out not to be overly successful, but seeing as it was almost 11.30pm we decided that it was probably a good time for us to foxtrot oscar. 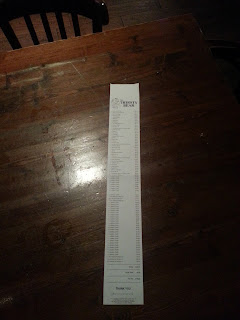 ...looks scarier than it was! There was 5 of us, 4 of us drinking from the pump (we had just over 15 pints) and 1 ordering meantime pints, we all had food and selected probably 20 songs on the jukebox and the bill came to £32 each. Considering we were in the middle of central London, on a Friday night and were there for a good 4 hours I don't think that's bad pricing at all. And you can budget well, the iPad's have a running total so you can see how much your bill is.

And we'll be most certainly going back!

If you fancy a night pouring your own beers at your own leisure, eating good gooooood burgers with good friendly, you have to come here! As I said up all the way up there somewhere, not all the tables have pumps, so I'd advise to book a table (which is what we did). This is the only place of it's kind in London, however they do have a sister restaurant with a wall of beer based in Fulham called the Lazy Fox.

The Thirsty Bear is a short walk from either Waterloo or Southwark Stations (and luckily for me I could get a bus right outside pub to where I live) and is at 62 Stamford Street, London SE1 9LX. They are on Twitter @thethirstybear and their website is here.
Posted by Unknown at Sunday, June 16, 2013